Bayern holding out for Poch 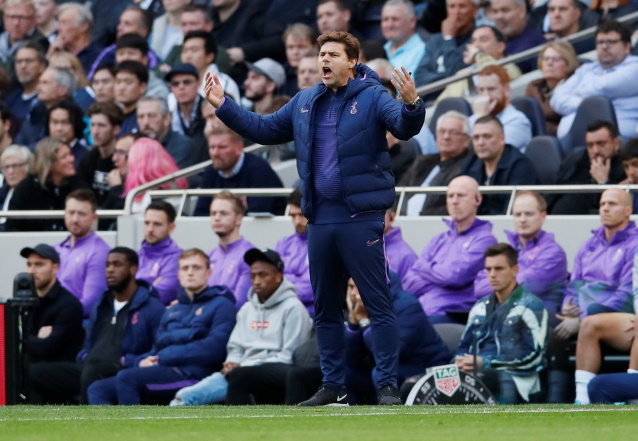 Bayern Munich have put Mauricio Pochettino at the top of their wanted list, but may have to wait before landing their man.

Bayern are looking to recruit a new head coach following the axing of Niko Kovac in the aftermath of the 5-1 defeat against Eintracht Frankfurt, and a number of top names are in the frame.

Thomas Tuchel, Jose Mourinho, Erik ten Hag and Ralf Rangnick are among the names to get a mention, while there has also been talk of Arsene Wenger taking his first job since leaving Arsenal.

However, reports are now rife suggesting that Pochettino is the man that Bayern really want, and they are waiting to see if he will push for a move away from Spurs.

The English Premier League side have had a tough campaign so far and currently sit 14th in the table after 12 games.

"We are in the process to build and we will see if we have the time to build what we want."

Pochettino says he fears he won't be given the time he needs to get Tottenham back on track.

That is a huge fall from grace for a side that usually sits in the top four and flirts with the title, and it has been suggested that Pochettino could be in need of a change of scenery.

Despite Tottenham’s struggles this season, the Argentine is still regarded as one of the best coaches in world football and Bayern would love to get him on board.

However, landing him could be easier said than done and Pochettino himself may have to express his desire to make the switch to Bavaria, which is not beyond the realms of possibility.

Hansi Flick, who has been placed in temporary charge, also cannot be ruled out of the running and may stay in charge while Bayern wait for Pochettino.