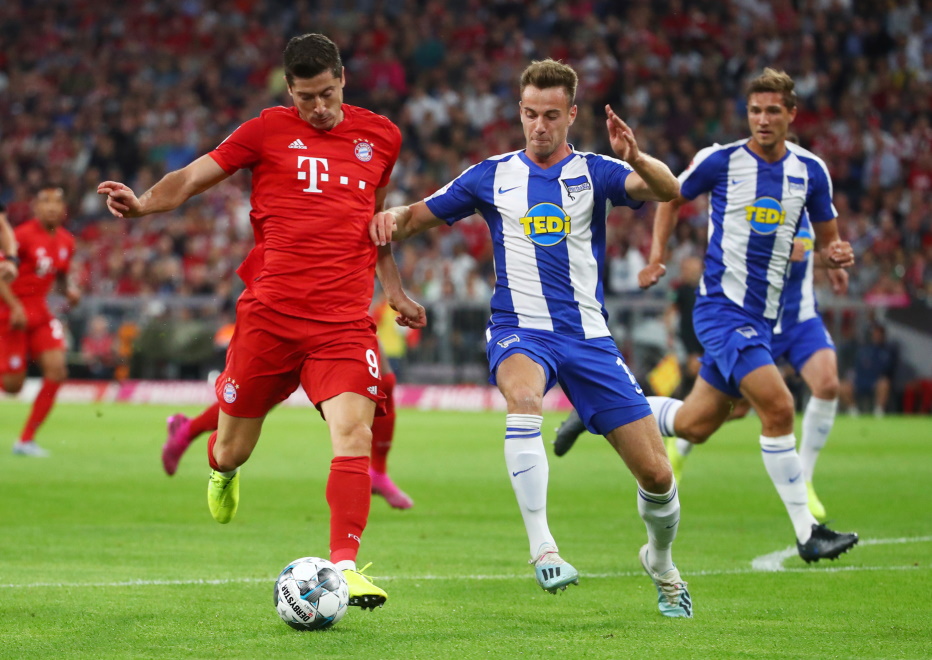 Robert Lewandowski is the striker catching everyone’s eye so far this season, but there are a number of other players who are bang in form.

Bayern striker Lewandowski seems to get better with age and is in the hottest form of his career right now. He has already set a new Bundesliga record when scoring in each of the opening nine games, and fired home another two in the 4-0 rout over Borussia Dortmund at the weekend.

However he is not the only striker scoring goals for fun in the opening games of the season.

Karim Benzema is another striker who is proving that age is no barrier and has been in fine form for Real Madrid this season.

It is hard to believe that the Frenchman has his critics among the Real faithful, especially when he has fired home 233 goals during his 10-year stay at the Bernabeu.

He is now the 6th highest scorer in La Liga history for Real with 157 goals, and is in the form of his life after scoring nine goals in the Spanish top flight this season. One more than Barcelona star Lionel Messi.

Switching to France and despite playing in a struggling Monaco side, Wissam Ben Yedder continues to shine.

The 29-year-old joined Monaco from Sevilla in the summer and has already proven to be a shrewd piece of transfer business.

He is currently enjoying a six-match scoring streak. Notching nine goals in total and the Principality outfit would be in big trouble without him.

In Italy’s Serie A, Atalanta have not one, but two strikers, who are at the top of their game.

Unfortunately Duvan Zapata has seen and abductor injury stop him in his tracks, but before that the Colombian had scored six goals in seven Serie A games.

Luckily for Atalanta they also have Luis Muriel, who has stepped in to fill the boots of Zapata when scoring eight goals, averaging one every 42 minutes. No wonder they remain firmly in the top four of Serie A.

Staying in Italy and Ciro Immobile is in red hot form after reaching double figures for the season already. The Italian international has not only scored 14 goals, he also has five assists to his name, making him one of the most feared strikers in Serie A.

And finally Jamie Vardy tops the goalscoring charts in the English Premier League after firing home 11 so far in this campaign. One ahead of Chelsea’s Tammy Abraham and two in front of Manchester City ace Sergio Aguero.