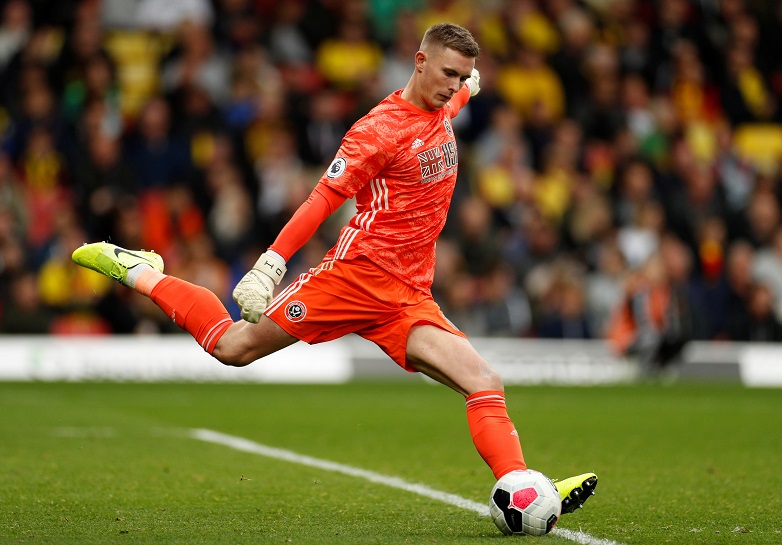 Bayern Munich are being linked with a surprise move for Manchester United goalkeeper Dean Henderson as they target Manuel Neuer's long-term replacement.

Neuer is a Bayern legend having made 354 appearances for the club, but he is not getting any younger and the time will soon come when he has to step aside for someone else.

Bayern are not in a mad rush as the 33-year-old still has two years remaining on his current deal and will hope he can dominate the number one jersey during that time.

However, the feelers are out for his long-term replacement and reports are claiming that 22-year-old Henderson is an option for the Bavarians.

United have tied the youngster down to a new long-term deal that will keep him at Old Trafford until 2023 but that may not stop Bayern from launching a bid to lure him away.

Henderson has been loaned out to United’s Premier League rivals Sheffield United this season and he has impressed during his 12 outings, conceding just nine goals.

The Blades sit fifth in the table, partly because of Henderson’s performances, excluding the blip that cost his side a point against Liverpool earlier in the season.

United may also see Henderson as the long-term successor to David de Gea, so Bayern could have a job on trying to land their man.

Bayern will be unable to scout him this weekend as United face Sheffield United and he is prevented from playing against his parent club.