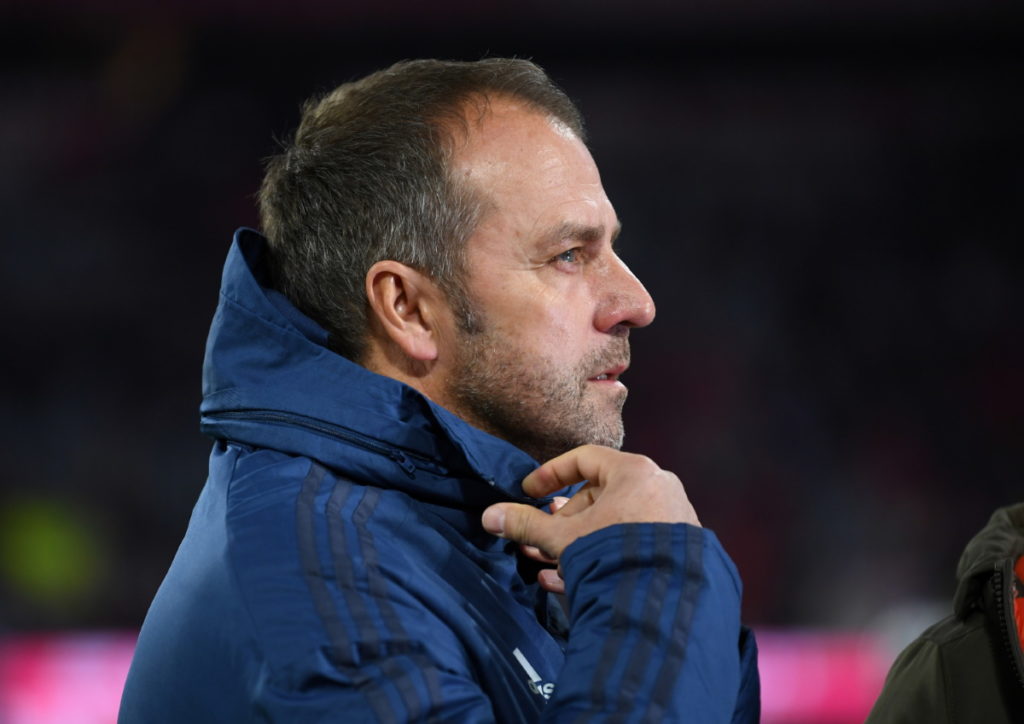 Bayern Munich interim boss Hansi Flick has urged his side to be more clinical following their frustrating 2-1 defeat to Borussia Monchengladbach.

The reigning Bundesliga champions find themselves seven points off frontrunners Gladbach in the race for the title, after another disappointing league result.

Ivan Perisic had managed to give Bayern the lead in Saturday’s encounter and the Bavarian giants did have chances to extend their lead in the game.

However, they failed to put Gladbach away and Ramy Bensebaini’s brace meant the hosts came away with another valuable three points.

Flick, who is hoping to secure the head coach role on a permanent basis, has revealed his frustrations and was disappointed with his side’s lack of cutting edge in front of goal.

“It is important that we play football well, on the one hand,” Flick said. “We did that in the first half and created a lot of chances.

“Of course it is annoying that we do not make the most of the possibilities, so we leave Gladbach in the game. This is a situation we would normally have had to close earlier. Just as it was against Leverkusen last week. The team has the quality to score goals.

“Unfortunately, we do not do it at the moment. In the end, it’s just that the football is settled with goals.”

Bayern will next turn their attentions back to Champions League football on Wednesday when they play hosts to Jose Mourinho’s Tottenham at the Allianz Arena.