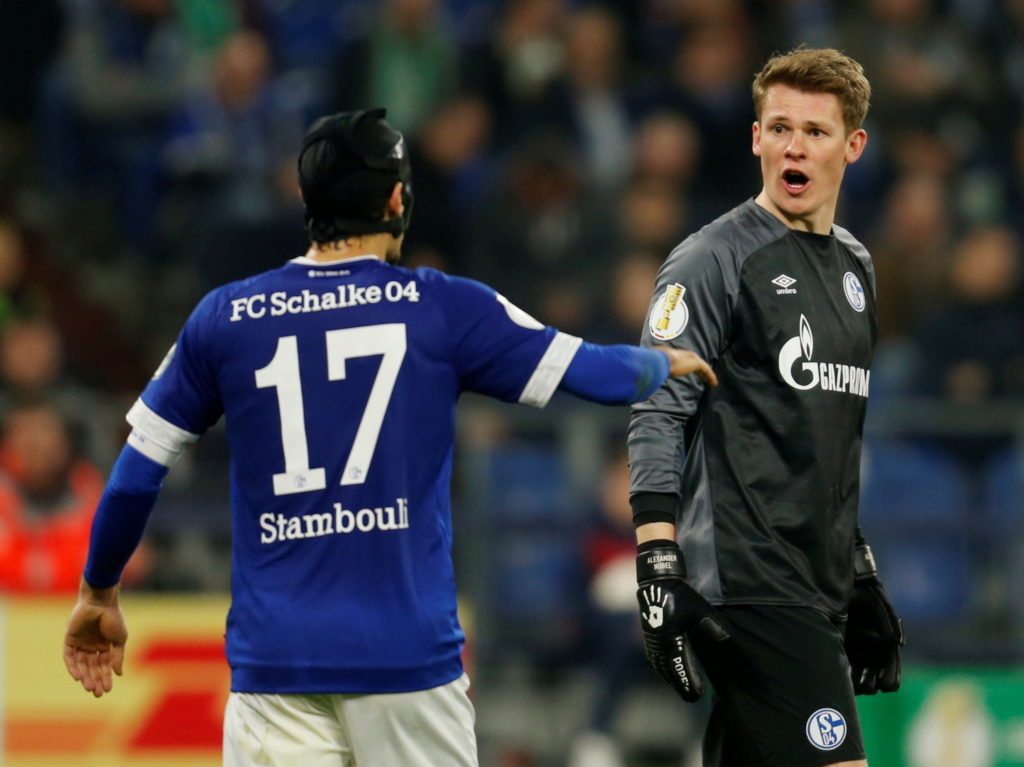 Bayern Munich have announced Schalke goalkeeper Alexander Nubel will join them on a free transfer in the summer.

Nubel recently revealed that he would not renew his contract in Gelsenkirchen, which is due to expire at the end of the 2019-20 season.

Therefore he was able to speak to other clubs regarding his future from January 1 and Bayern were quick to make their move.

The Bavarians have spent the last few days speaking to the 23-year-old and his representatives to iron out the finer points of the deal and announced on Saturday morning that they had come to an agreement.

Nubel has signed a five-year deal at the Allianz Arena and will join his new club this summer.

However, he may struggle to establish himself having followed Manuel Neuer’s path from the Veltins-Arena to Munich. Neuer is the captain of Bayern and with him still having 18 months on his current contract, is unlikely to leave in the summer.

Sven Ulreich, Christian Fruchtl and Rob-Thorben Hoffmann are the other goalkeeping options but may look to move on with Nubel’s arrival.

Bayern are still to announce who will be their manager next season but whoever is in charge, Neuer is expected to retain the armband.

Nubel will now look to buckle down for Die Konigsblauen but is suspended for his team’s return from the winter break against Borussia Monchengladbach on January 17.

The Paderborn-born star was shown a straight red card in the 1-0 win over Eintracht Frankfurt and he could face a battle to regain his place from Markus Schubert.