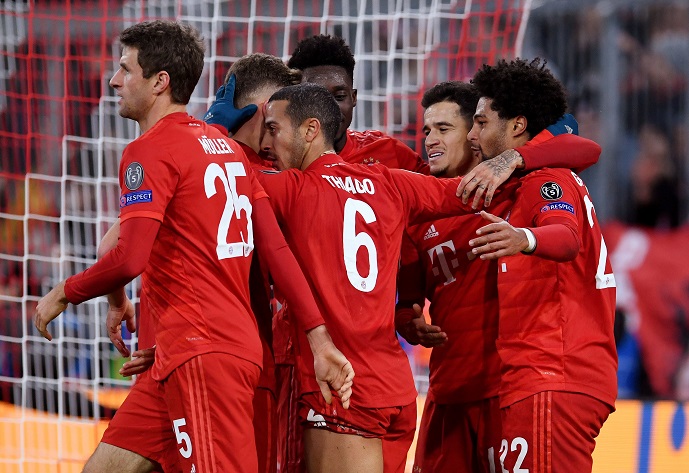 Forward Philippe Coutinho is confident Bayern Munich can go on to win this season’s Champions League.

The Bavarians breezed through the group stage of Europe’s elite club competition, winning all six games after scoring 24 goals and conceding just five.

The highlight was unquestionably a 7-2 mauling of Tottenham away from home, while they beat the north Londoners 3-1 at the Allianz Arena to end their Group B campaign in style.

Things have not gone quite so well domestically, with Bayern currently third in the Bundesliga standings, four points behind table-topping RB Leipzig.

They will also need to get past Borussia Monchengladbach, who are second but just two points better off.

However, they remain favourites to win yet another German top-flight title and return after the winter break to face Jurgen Klinsmann’s Hertha Berlin on January 19.

The Champions League does not restart until the back end of February and Bayern will face Chelsea over two legs for a place in the quarter-finals.

Hansi Flick’s men are not favourites to win the event but Coutinho, on a season-long loan from Barcelona, does not see it that way.

“In the round of 16 and on it doesn’t matter who the favourite is going into the games. The level is very high, the games are tight and complicated,” he said.

“We want to give our best, survive to the next round, and at the end win the Champions League, naturally. I think we have the quality in the roster to do so.”