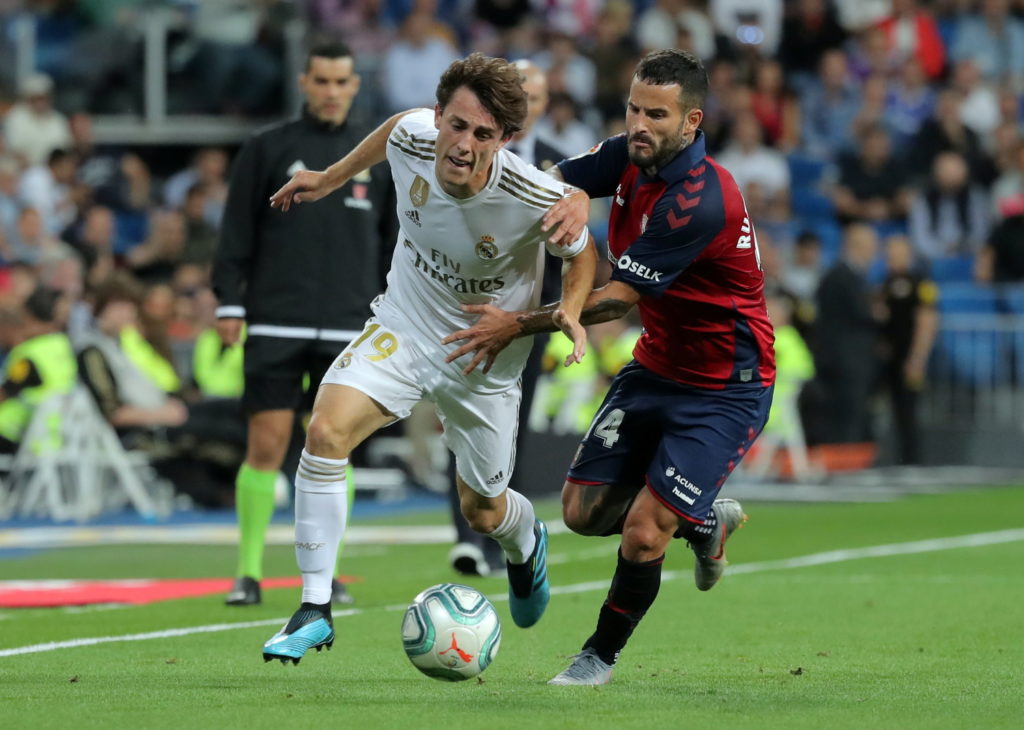 Bayern Munich coach Hansi Flick has confirmed that Alvaro Odriozola could make his debut against Schalke 04 in the Bundesliga on Saturday.

The Bavarian giants swooped to sign the 24-year-old Spanish right-back on loan from Real Madrid after suffering a host of defensive injury problems in the first half of the Bundesliga season.

Odriozola only moved to the Allianz Arena on Tuesday but Flick is set to pitch him into action this weekend having been impressed with him in training.

He said: “He is a good sort, an offensive defender, very versatile and flexible and also has good crosses. I want to leave this decision open until the last moment. I will decide at short notice.”

If Odriozola does feature against Schalke, it could see Benjamin Pavard move back into the central defence, while it frees up Joshua Kimmich to return to his preferred midfield position having been used as cover at right-back.

Flick added: “We now have an additional alternative that gives us more flexibility. It was all about having options. Through this transfer we have these options.”

Meanwhile, Flick refused to dismiss the possibility of making further signings before the transfer window closes in a week’s time as he looks to add another winger to his squad.

Bayern go into the game against Schalke at the Allianz Arena on Saturday evening sitting second in the Bundesliga, trailing leaders RB Leipzig by four points.

Fifth-placed Schalke can move level with Bayern on 36 points if they can secure a win this weekend.