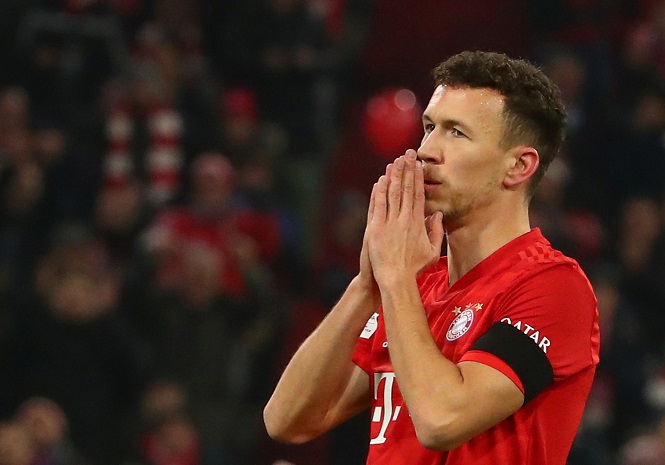 Bayern Munich midfielder Ivan Perisic has been ruled out of action for several weeks after suffering an ankle injury.

The Croatia winger suffered a fractured ankle during a challenge in Tuesday’s training session and will now be absent for at least four weeks.

He was challenged by new team-mate Alvaro Odriozola and had to be taken off the field on a golf cart.

Bayern are already suffering from a number of injury problems with the likes of Serge Gnabry, Robert Lewandowski and Kingsley Coman affected in recent weeks.

Speaking about the severity of the problem, interim boss Hans-Dieter Flick says the World Cup finalist will also need to undergo rehab following the initial four weeks out.

Hansi #Flick on #Perišić's training injury: "Ivan has fractured his ankle, which means it will be four weeks before everything has healed up. After that he will start his recovery training programme." #FCBayern #FCBTSG pic.twitter.com/IjiU7AqNcq

“Ivan has an ankle bone fracture. That means it will take four weeks until it fully heals. After that there also be rehabilitative training,” he said. “It was initially a bit of a shock because he was good for us with his dynamism.”

Signed on a season-long loan from Serie A outfit Inter Milan at the beginning of the season, the 31-year-old was brought in to bolster their attacking options.

He has scored five goals in 22 appearances across all competitions this season as the Bavarians currently top the table following their weekend win against Mainz.

Perisic has not won a top-flight title since his days at Borussia Dortmund under Jurgen Klopp, when they lifted the Bundesliga title in 2012 and has since played for Wolfsburg before four seasons with Inter.

His stint at the San Siro was a strong one, scoring 40 goals in 163 appearances, but he is now set to miss Bayern’s round of 16 Champions League tie against Chelsea as well as several important league games.