Coman back to boost Bayern ahead Leipzig clash 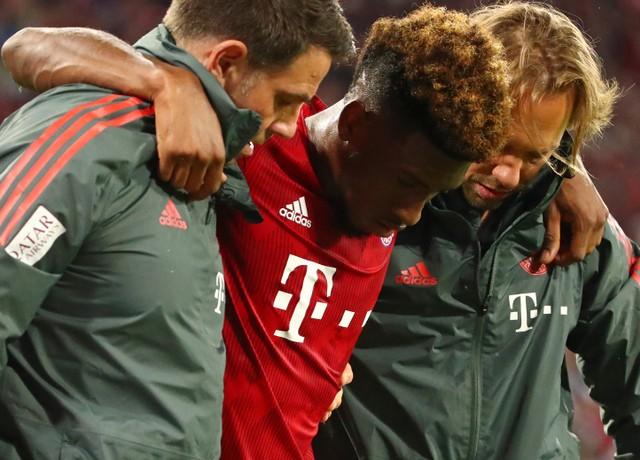 The French winger has been out of the side for the past two months after picking up a knee injury in mid-December but will return to the squad this weekend, although whether he will play is another matter, with a place on the bench more likely as he rebuilds his fitness.

“Kingsley Coman is back in the squad and we are really happy about it,” said interim coach Flick.

The match sees the top two in the Bundesliga come up against each other and the result could go a long way to deciding who will pick up the title at the end of the season.

The Bavarians took control of the league last weekend when they went back to the top of the table with a win in a seven-goal thriller against Hoffenheim that takes them to 42 points, one ahead of Leipzig.

Bayern are in a rich run of form after six straight wins, whilst Die Bullen have lost their last three in all competitions.

However, despite being the team in form, Flick refuses to accept they now have the upper hand in the race for the title.

🎙️ Hansi #Flick on personnel: “We’re delighted to say that Kingsley #Coman is back in the squad. Three players will be unavailable: Niklas #Süle, Ivan #Perišić and @Javi8martinez.” #FCBRBL #MiaSanMia #FCBayern pic.twitter.com/32GAFa9GkF

“It is especially important for Bayern to show strength,’ Flick said. “For many Sunday’s game is a final but I do not want to hear any such talk.

“There are another 13 games after this so a lot can still happen.”