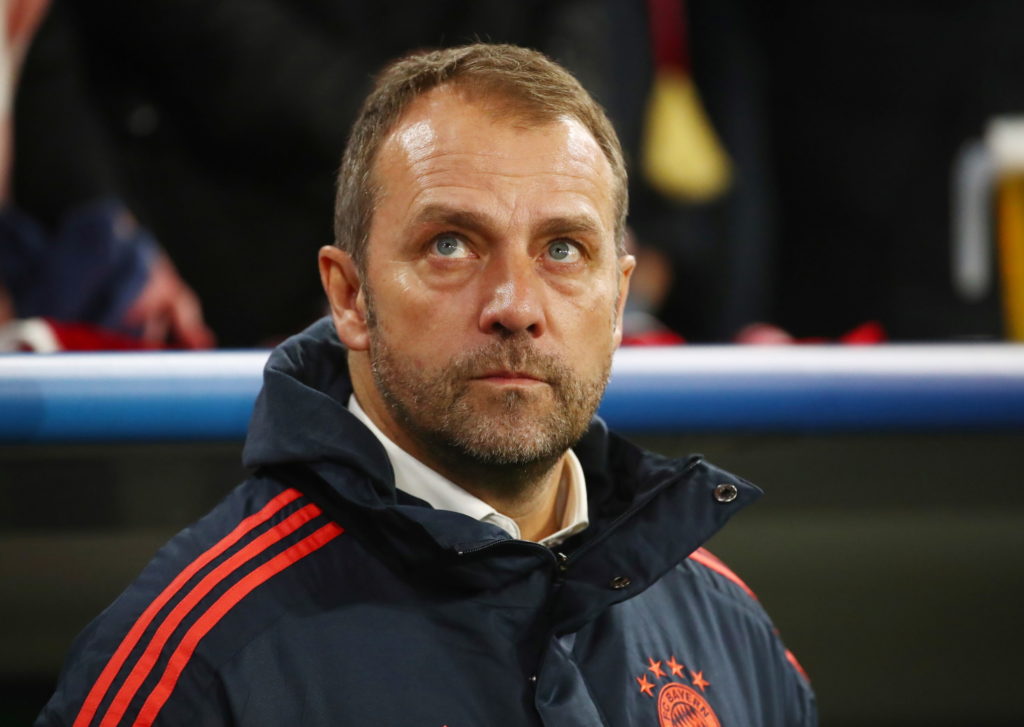 Interim boss Hans-Dieter Flick insists he is fully focused on Bayern Munich and ignoring any speculation about a possible move to the Premier League.

The 55-year-old, who spent eight years as Bayern assistant manager between 2006 and 2014 before returning to the post last year, was promoted to the top job in November 2019 after Niko Kovac’s departure.

He has overseen an upturn in the Bavarians’ fortunes, taking them to the summit of the Bundesliga standings with 17 wins from 20 outings in all competitions since arriving in the dugout.

Unsurprisingly, a few clubs have taken notice and German football magazine Kicker this week claimed Premier League outfits were monitoring his situation at the Allianz Arena.

However, the former Hoffenheim chief is refusing to read anything into the speculation and made it clear it is business as usual with Bayern.

“At the moment everything is going well, but we are in a day-to-day business,” he told reporters. “I’m at Bayern Munich at the moment, and at the end of the day they’re my point of contact.

“There have been things that have been agreed, and everything else isn’t relevant to me.”

It remains to be seen if the German giants offer him the job on a permanent basis at the end of the campaign but he has certainly done his chances no harm at all over the past three months.

Next up for the Bundesliga champions is the visit of Augsburg on Sunday while they will host Chelsea in the second leg of their Champions League last-16 tie on March 18 with the luxury of a three-goal advantage.