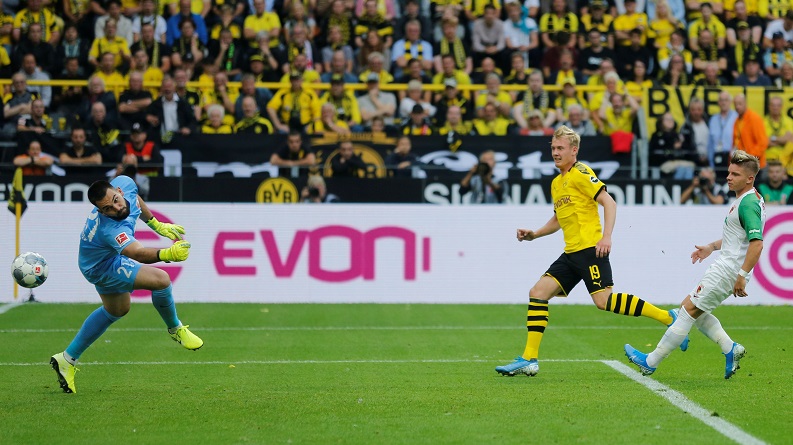 Julian Brandt has hit out at Borussia Dortmund's display in the 4-0 defeat against Bayern Munich, saying 'everything was missing'.

Dortmund were crushed by their arch rivals in Der Klassiker on Saturday afternoon, but the defeat and the manner of it is still a very sore point for Brandt.

Former Dortmund striker Robert Lewandowski scored a brace, while Serge Gnabry was also on target before a Mats Hummels own goal completed the rout.

The BVB star was asked about the defeat at a news conference ahead of Germany’s upcoming Euro 2020 qualifiers against Belarus and Northern Ireland, and it is still hurting.

Brandt had his first taste of Der Klassiker after making the switch from Bayer Leverkusen in the summer, and felt the performance he and his team-mates put in was not acceptable.

“It happens that we’ve lost, that’s okay. But the way it happened was difficult for me,” the forward said.

“It’s hard to digest it like that. For everyone it’s okay to lose games. It’s human. Every team is not perfect and you have bad days, that is okay. But that wasn’t so good.”

Jadon Sancho, who has normally been outstanding, was hauled off before half-time for a sub-standard display and Brandt accepts that could have happened to any number of players.

“We just weren’t there that day. Everything was missing,” he added. “The courage to go up front, the aggressiveness to go into the duels. If you don’t have that in the end, then something like that happens.”