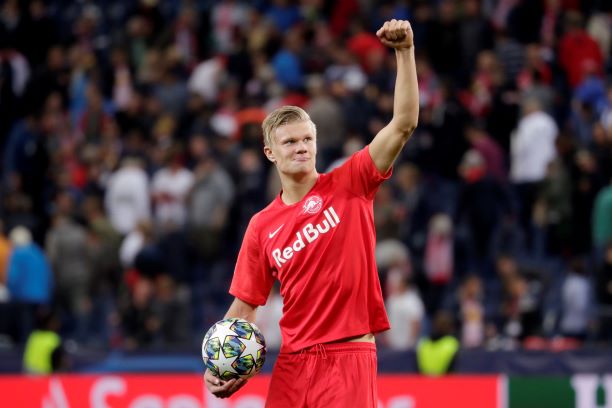 Borussia Dortmund have won the race to sign Erling Braut Haaland on a five-year-deal for the highly-rated 19-year-old striker.

The Norwegian has come on leaps and bounds since making the switch to Red Bull Salzburg and has caught the eye with his efforts in the Austrian top flight and in the Champions League.

There was believed to be interest from across Europe in the Leeds-born teenager, who is the son of former Nottingham Forest and Leeds United footballer Alf-Inge Haaland.

The likes of Manchester United, Liverpool and Juventus were linked with a move for Haaland but it’s Dortmund who have managed to win the race.

Reports had only a day ago suggested Serie A giants Juventus were set to land the Norway international but those proved to be off the mark, as Germany is now the next destination for a player on the up.

Haaland, who scored 16 goals in 14 appearances in the Austrian Bundesliga this season, has signed up for BVB until 2024.

The former Molde starlet will cost BVB the £18million needed to activate the youngster’s release clause while the player himself is set to bank about £130,000-a-week in wages.

News of the deal will come as a blow for former Molde boss Ole Gunnar Solskjaer, who was thought to be keen on being reunited with Haaland at Old Trafford.

United are expected to switch their attentions to other attacking options in the upcoming January transfer window.