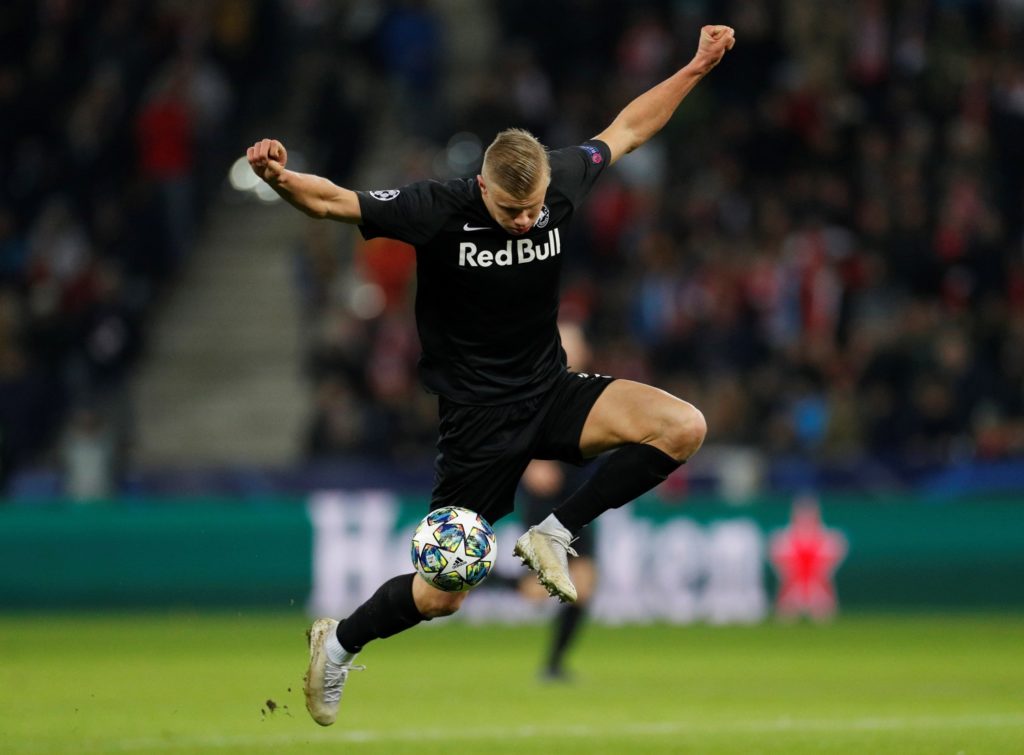 January signing Erling Haaland is relishing the prospect of playing in front of the ‘Yellow Wall’ at the Westfalenstadion for his home Borussia Dortmund debut.

After months of links with the likes of Manchester United and Juventus, the Norway international completed his move to Bundesliga giants Dortmund at the start of the month.

The former Molde and RB Salzburg striker joined up with the rest of the BVB squad in Marbella as they train ahead of a return to action after the winter break.

Haaland is expected to get a chance to run out at Signal Iduna Park on January 24 for what could be his first home game against Cologne.

The 19-year-old is looking forward to their experience but knows he must first put in the hard work to secure selection.

“Most of all, I’m excited about the Südtribüne,” Haaland told Bild. “I can’t wait to play in front of the Yellow Wall. That will be a very special moment, whenever it is.

“Getting into training as quickly as possible, that’s the most important thing right now,” Haaland added. “But, of course, I also want to win something BVB in the immediate future. That’s why you play football. Every professional dreams of lifting trophies and I’m no different.”

Dortmund are back in Bundesliga action on Saturday when they host Mainz – a match that will come too soon for Haaland as he gets up to pace with the rest of the BVB squad.