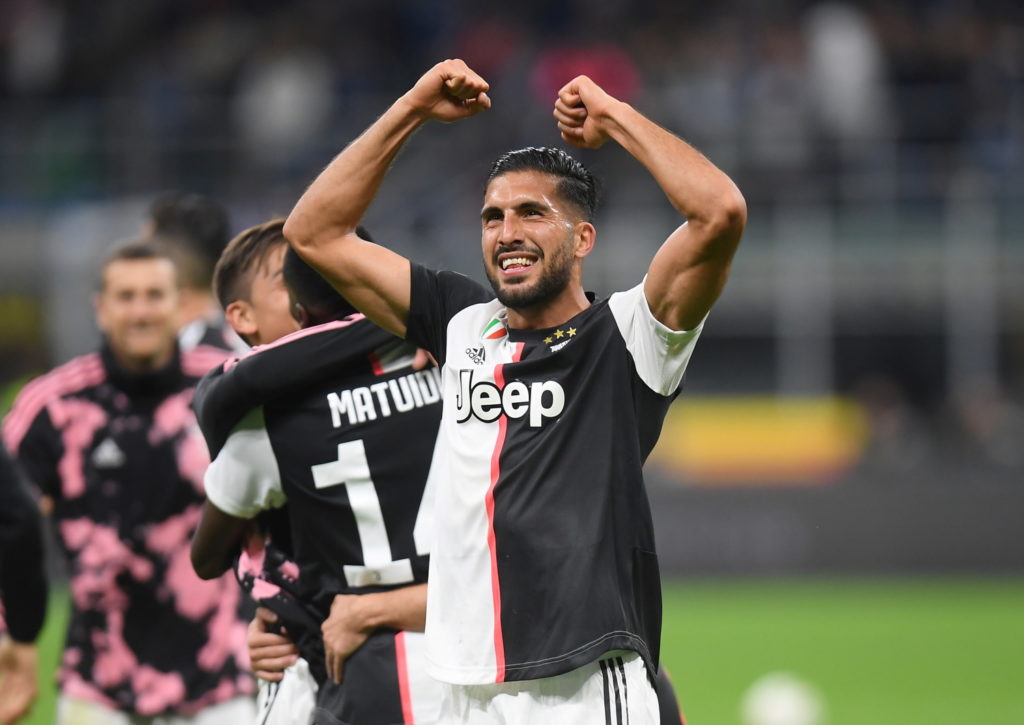 Borussia Dortmund have confirmed the signing of Juventus midfielder Emre Can on loan for the remainder of the season.

Can joined Juve in the summer of 2018 on a four-year deal following the expiration of his contract with Liverpool.

The midfielder enjoyed a positive first season in Turin, featuring 29 times in Serie A, but has struggled for gametime under Maurizio Sarri in 2019-20.

The 26-year-old was omitted from Juventus’ Champions League squad at the start of the term and admitted he would have left in the summer if he had been aware of his position in the pecking order.

He has started just two Serie A games this season, making eight appearances in total, and Dortmund are understood to have been in negotiations for the past couple of weeks.

Arsenal, Tottenham and Bayern Munich had also been linked with a move for the Germany international but reports claim he wasn’t keen on returning to the Premier League.

Can, who completed his medical check in Dortmund today, told the club’s official website: “I believe that the BVB team has great potential and can win something. I’m convinced that I can help them to do this. I want to get stuck in; I’ve always had a liking for this club and I can’t wait for the first opportunity to play in front of these fans, who have made Borussia Dortmund famous across the whole world.”

Can’s deal with the German outfit will become permanent at the end of the season “provided that the agreed conditions are fulfilled”.