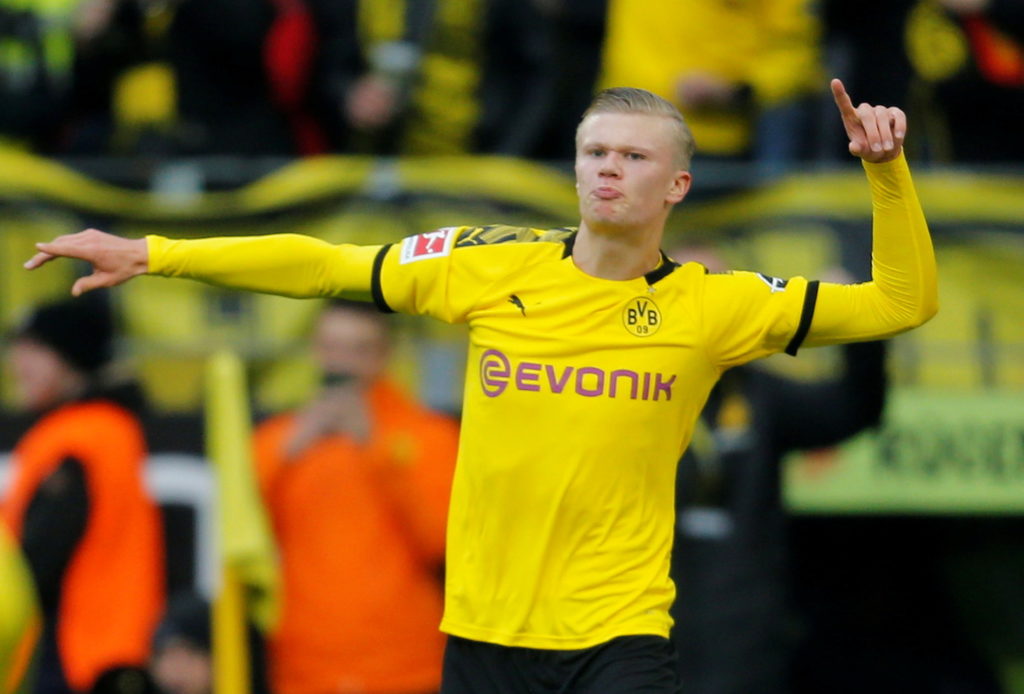 Erling Haaland made it seven goals in just three Borussia Dortmund outings on Saturday night and then claimed that he is not yet at peak fitness.

The 19-year-old Norwegian forward has made a seamless transition from the Austrian top-flight to the German Bundesliga after joining Dortmund from Red Bull Salzburg last month.

Haaland became the first teenage player to score seven times in their opening three Bundesliga appearances as he struck the second and fifth goals in Dortmund’s 5-0 romp against Union Berlin at Signal Iduna Park.

His brace means he is already sitting 10th in the Bundesliga’s top scorers list for this season, but rival teams will no doubt be fearful of his maximum capabilities given that he claims not to be fully fit having just recovered from a knee injury prior to his transfer.

Haaland said: “It was pretty tough today, but it was also nice to play from the start. I have to get even fitter, I am still not 100 per cent.”

Jadon Sancho, Alex Witsel and Marco Reus were also on target for Dortmund as they moved up to third place in the Bundesliga courtesy of the win.

Lucien Favre’s side sits just three points behind leaders Bayern Munich, who jumped above RB Leipzig thanks to a 3-1 victory at Mainz.

Leipzig were held to a 2-2 draw against fourth-placed Borussia Monchengladbach as three points separate the top four clubs in the scrap for the title this season.

Dortmund travel to Werder Bremen in the cup on Tuesday and then make the trip to fifth-placed Bayer Leverkusen next weekend.