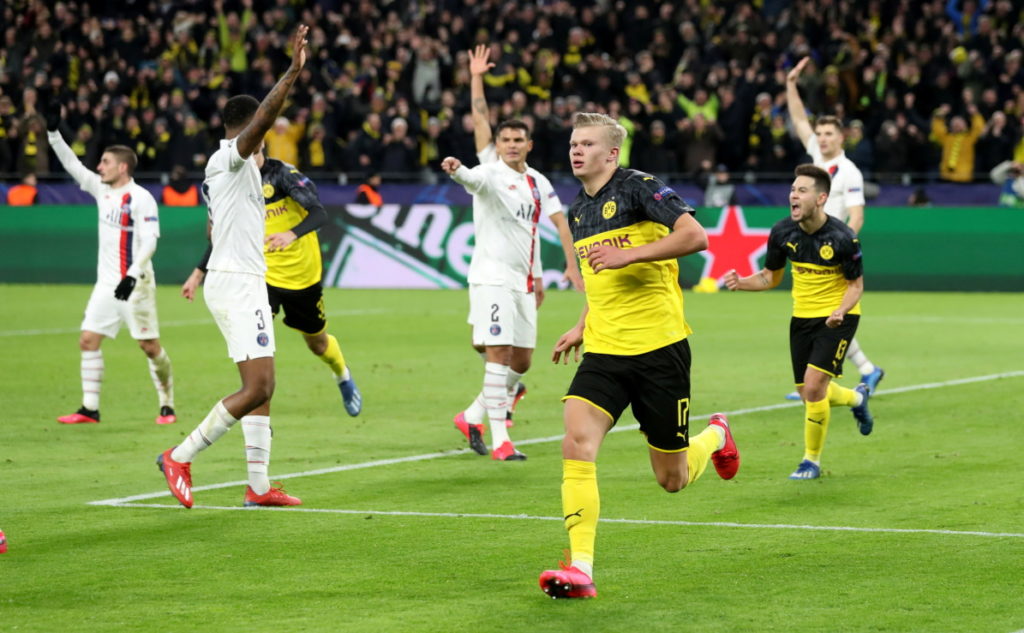 Borussia Dortmund and Erling Braut Haaland look to be the perfect fit and Manchester United must be kicking themselves as he continues to score goals for fun.

United’s interest in the 19-year-old striker was well documented and it came as a huge surprise when they missed out on the capture of the player, who left RB Leipzig for Borussia Dortmund in the January transfer window.

BVB paid just £17.1million for the striker and that is already looking to be the bargain of the century as he has fired home 11 goals for his new club and scored 39 goals in 29 games in all competitions this season.

United were crying out for a new striker and Ole Gunnar Solskjaer must be wondering if it was a mistake not meeting the demands of the player and agent.

The fact that the agent in question is Mino Raiola probably did not help the situation. He also represents Paul Pogba and it does not take a genius to work out that the two parties do not get on.

Solskjaer said at the time that there was a lot more that goes into a transfer than just paying the transfer fee and the player’s wages. It would seem that Haaland’s camp may have been insisting on a buy-out clause being included in the deal and United would not agree.

Whatever the reason, United missed out, and Haaland is going from strength-to-strength. United will not be the only club wishing they had done more. The likes of Real Madrid and Barcelona were also linked, but Dortmund won the day.

It may not be long before they are fielding offers as the likes of United, Real and Barca try again to get him on board. This time though the fee is set to be a whole lot more. It should also become clear whether a buy-out clause was included in the deal.

For now though he is a Dortmund player and the German club are reaping the rewards. Haaland’s latest brace of goals came on Wednesday night as BVB beat Paris Saint-Germain 2-1 in the Champions League.

He outshone Neymar and Kylian Mbappe and is destined for greatness.

Haaland now has 10 Champions League goals this season, which is more than the whole Barcelona team has managed. He is also the only teenager in Champions League history to score 10 goals. Lionel Messi, Neymar, Mbappe, Cristiano Ronald, couldn’t manage it.

If he carries on in this fashion, it is only a matter of time before he gets the move to a club like Real Madrid but for now the fit with Dortmund looks to be a perfect one.