Can praises Dortmund’s patience after hard-fought victory at Bremen 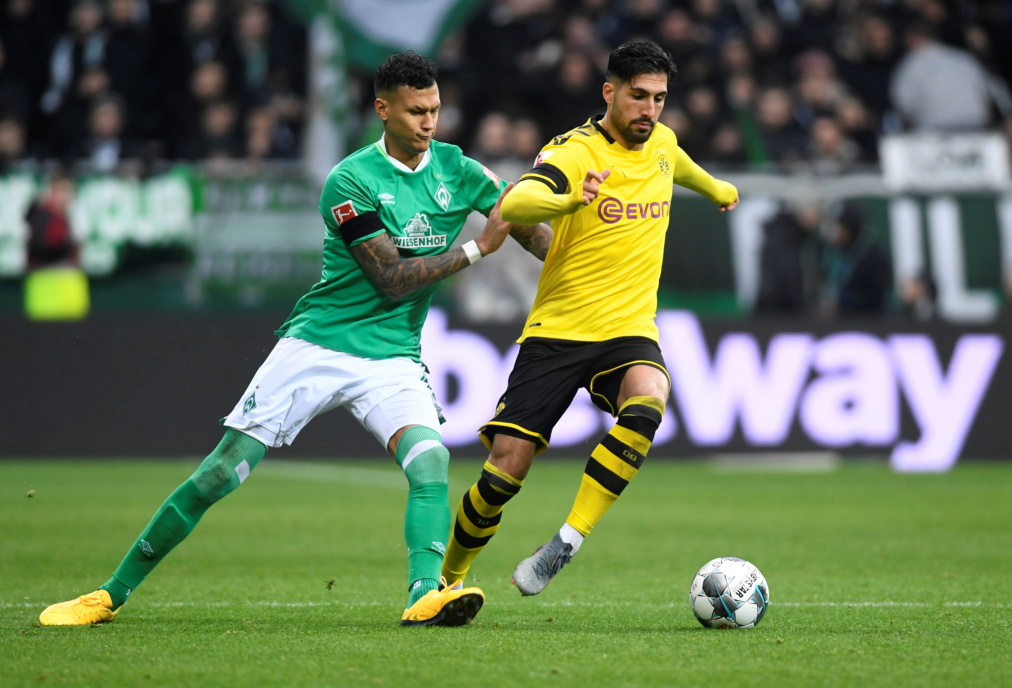 Emre Can has lauded the resolve and patience of his Borussia Dortmund team-mates in Saturday's 2-0 Bundesliga win at Werder Bremen.

Germany international Can was named in Dortmund’s starting XI for the clash at the Weser Stadium as the visitors went in search of a third straight victory in all competitions, having beaten Eintracht Frankfurt in the league and then Paris Saint-Germain in the Champions League.

BVB were frustrated for the first half of the contest, struggling to create many clear-cut opportunities, and the teams went in goalless at the break with Bremen’s defensive approach working wonders.

However, Dortmund kept their composure after the restart and managed to open the scoring on the 52nd minute when Dan Zagadou found the back of the net, assisted by England international Jadon Sancho.

The points were made sure of in the 66th minute when Norwegian superstar Erling Haaland netted his 12th goal in all competitions since he made the switch to the Westfalenstadion in January.

Can, who contested the most duels of all Dortmund players (28), winning an impressive 68 per cent, was delighted with the resilience shown by his side as they kept the pressure on Bayern Munich in the title race.

“The first half was very difficult,” he told the club’s official website. “Bremen did a great job, and we couldn’t work them out. After that, we were solid. We allowed them almost no chances and controlled the game more in the second half.

“We didn’t immediately hit the first ball forward, and instead let the ball do the running for us. Then Bremen got tired and we struck at the right time.”