Dortmund and Bayern both keen on Meunier 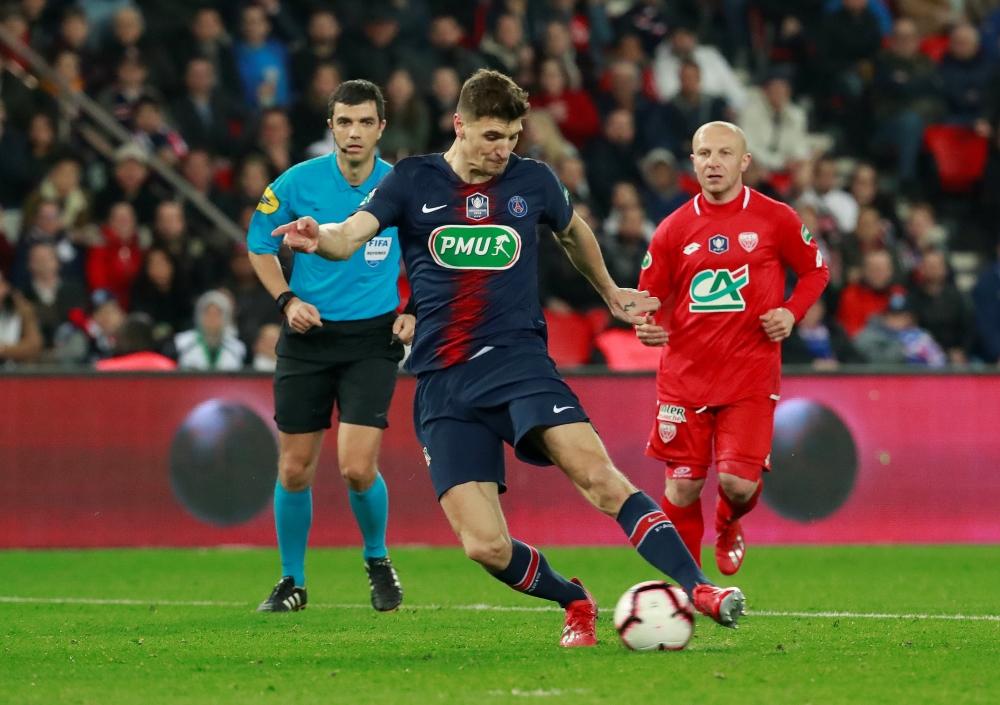 PSG's Thomas Meunier is attracting attention from Germany as both Borussia Dortmund and Bayern Munich are hoping to snap up the Belgian for free this summer.

The 28-year-old has been in the French capital since a July 2016 move from Club Brugge.

However, with his contract due to expire at the end of this season, the race is on to acquire the services of the experienced right-back.

Bundesliga leaders and defending champions Bayern are short of bodies on the right-hand defensive flank, with Frenchman Benjamin Pavard feeling more at home in a central role and Joshua Kimmich at his most effective in midfield.

Natural right-sider Alvaro Odriozola was sent to Real Madrid on loan in January although he has played just 90 minutes of La Liga football so far.

The second most valuable player on an expiring contract could replace Achraf Hakimi at BVB.

With over 120 PSG outings under his belt, Meunier is proven at the highest level and would certainly ease the Bavarians’ personnel issues at the back.

Dortmund, on the other hand, have been blessed this term by the presence of Achraf Hakimi, who has firmly stamped his name on the right-back slot following his two-year loan move from the Bernabeu in July 2018.

However, the Black and Yellows are set to lose the Moroccan at the end of the campaign, with the 21-year-old understood to be keen to stake his claim for a place in Zinedine Zidane’s Real set-up.

With 40 caps for the Belgian national team and a bronze medal for the 2018 World Cup, Meunier is said to have held talks with Lucien Favre’s side as they look to break Bayern’s Bundesliga dominance.