Rummenigge advises Gotze to move on from Dortmund 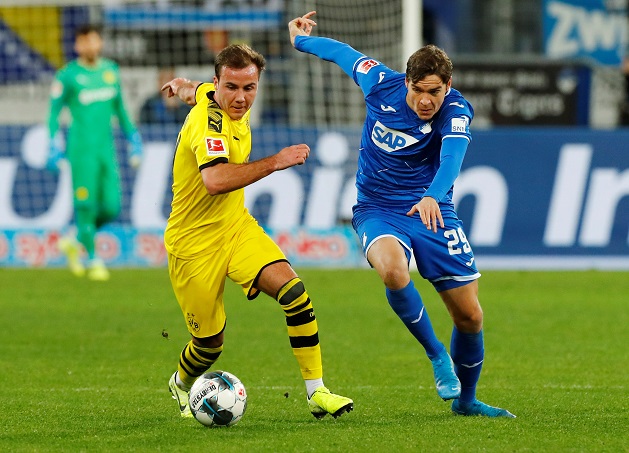 Former Borussia Dortmund forward Michael Rummenigge has suggested there will be plenty of takers for out-of-contract midfielder Mario Gotze.

The 27-year-old is in his second spell at Dortmund after re-joining in 2016 following a three-year stint with Bundesliga rivals Bayern Munich.

While he won three successive titles with the Bavarian giants, Gotze never truly established himself as an indispensable first-team member and was allowed to go back to the Westfalentadion, where he had enjoyed his best period in football.

However, his second stint has not been as successful with the playmaker suffering numerous injuries and a lack of form.

In nearly four seasons, Gotze has made only 98 Bundesliga appearances, with just 11 this term.

He is stuck behind the likes of Julian Brandt, Thorgan Hazard and Marco Reus in the pecking order and looks likely to leave once his contract ends in the summer.

Gotze has been linked with several clubs across the continent as he aims to rejuvenate his career.

Rummenigge believes Gotze will have several options at his disposal over the summer and thinks a switch to the Premier League could be on the cards.

The 56-year-old younger brother of Germany legend Karl-Heinz has suggested a move to a mid-table club like Everton or West Ham could bring the best out of Gotze, who scored the winning goal for Germany in the 2014 World Cup final against Argentina.

“I’m thinking [he could join] clubs like Everton or West Ham or some Italian middle-of-the-table club,” wrote Rummenigge in his Sportbuzzer column.

“In the Bundesliga, he could fit with Borussia Monchengladbach or Leverkusen. I hope that he shakes off the pressure and finds his way although, right now, I have my doubts.”