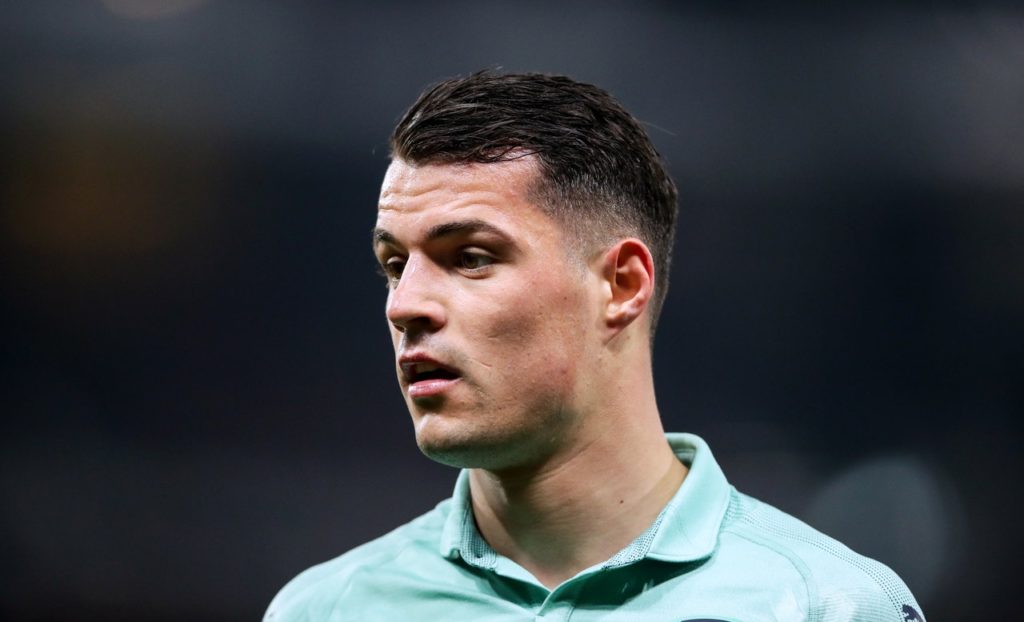 Arsenal midfielder Granit Xhaka has been linked with a return to Germany following his high-profile fall-out with Gunners supporters last month.

The Swiss international swore and gestured at the fans when he was substituted in the 2-2 draw against Crystal Palace on October 27.

Manager Unai Emery has now suggested Xhaka may have played his last game for the north London outfit, who could look to offload the former Borussia Monchengladbach player in January.

Pushed on whether Xhaka may never play for Arsenal again, Emery said: “As a coach I have a responsibility for the team. We need a player like Granit Xhaka. But, also, I don’t know if he’s going to play again.

“I don’t know because if he is available in his mind to continue helping us and continuing defending the Arsenal shirt, I think time is giving us that solution.

“And then if I decide he is in the group with us, if he is ready and 100 per cent in his mind with the decision to help us and to play with his quality helping us. Because we know we need that quality and that player.”

Reports have suggested the 27-year-old could be interested in making a return to Germany, having made his name in the Bundesliga with Gladbach.

Any side in Germany would face competition from clubs in the Premier League for Xhaka’s signature, with Newcastle United thought to be interested in signing the player.