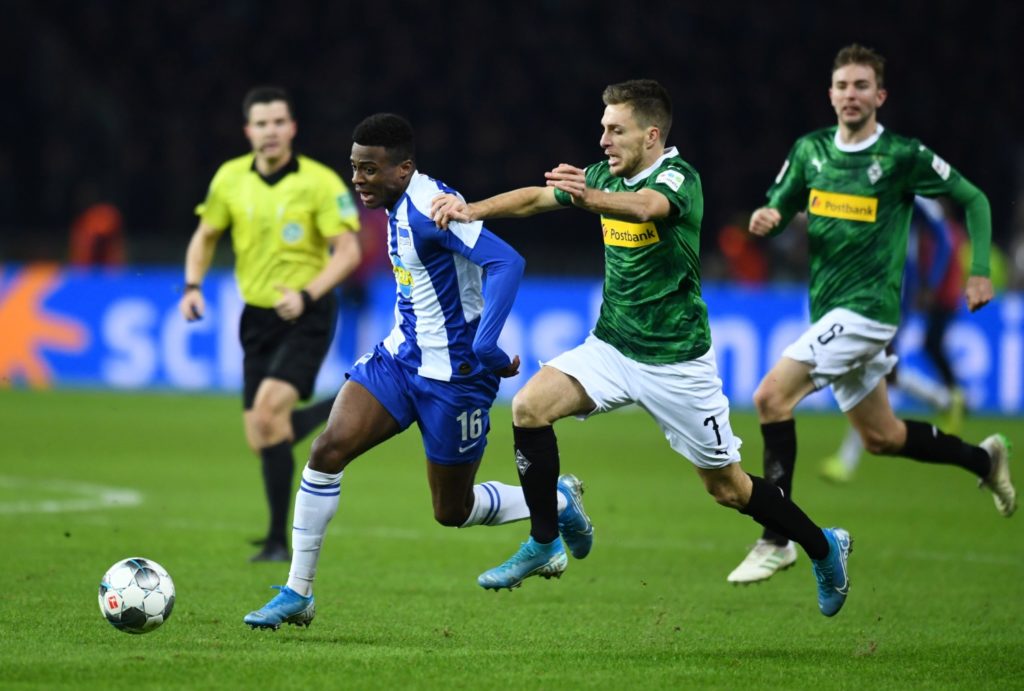 Borussia Monchengladbach's Patrick Herrmann is refusing to be too downbeat despite the side dropping points at home to Hoffenheim in the race for the top four.

It seems as though it will be a straight shootout between the pair for a top-four berth, with sixth-placed Schalke another seven points adrift.

Matthias Ginter gave Die Fohlen an 11th-minute lead at Borussia-Park on Saturday and it appeared as though it would be enough to take all three points, even with Alassane Plea missing a second half penalty for the hosts.

However, Lucas Ribeiro nailed an equaliser two minutes into second-half stoppage time to push the visitors up to eighth in the German top-flight standings.

⚽ @MatzeGinter‘s goal on the weekend was his 4th in 5 games vs. Hoffenheim! 🤯 But was it his best of the lot? 👀#DieFohlen pic.twitter.com/i0r3ryv5TF

It was frustrating for all concerned with Gladbach as Leverkusen beat Augsburg 2-0 to close the gap but, despite obvious disappointment at failing to secure all the points, Herrmann has urged his team-mates to move on.

“Looking at the table it’s annoying that we don’t have two more points,” he told the club’s official website. “Still, I don’t think it’s worth thinking about what’s going to happen at the end of the season yet.

“And, after a few days pass we will be able to see Saturday’s result a bit more positively. We have one more point than we did before the game.”

Next up for Marco Rose’s side is a trip to Augsburg on Saturday before Borussia Dortmund, currently just two points better off in third, come calling.