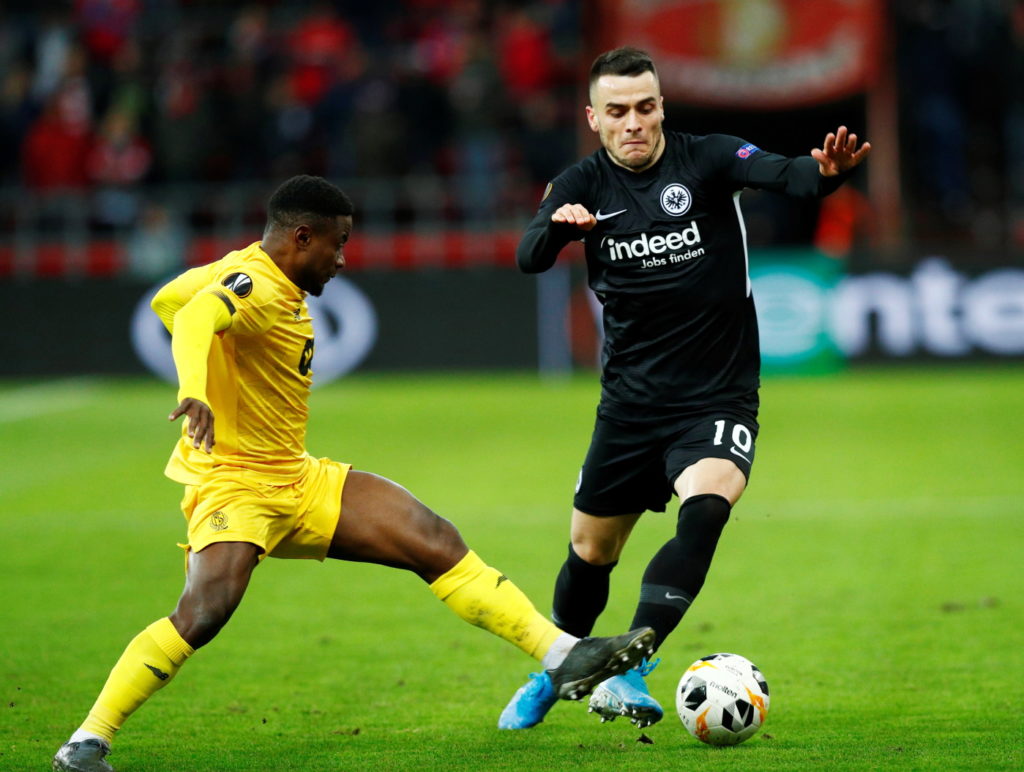 Eintracht Frankfurt could face a fight to keep winger Filip Kostic as AC Milan are reported to be weighing up a swoop.

Milan have had a disastrous start to the season in Serie A and will use the January transfer window to bolster their ranks with a number of players in the hope it will get them back on track.

Rossoneri officials, Paolo Maldini and Zvonomir Boban, have put a new left winger on their list of targets and the talented Kostic has emerged as a priority.

Kostic has impressed in the Bundesliga this season, with a combined total of 10 goals and assists in 20 appearances, and Milan would like to link him up with former team-mate Ante Rebic.

Milan landed Rebic on transfer deadline day in the summer and could now return to Frankfurt in the hope of drafting in Kostic as well.

Eintracht will do all they can to keep hold of the 27-year-old and are said to have slapped a 40million euros price tag on his head in the hope it will scare Milan off.

However, the Italian giants have a plan in place and hope to bring the price down by throwing in full-back Ricardo Rodriguez as part of the deal.

Rodriguez has struggled to get game time at the San Siro this season following the arrival of Theo Hernandez and the chance to join Eintracht would be an attractive proposition.

He is valued at 10million euros, which would bring the cost of Kostic down, but it remains to be seen whether or not Eintracht would be interest in such a deal.