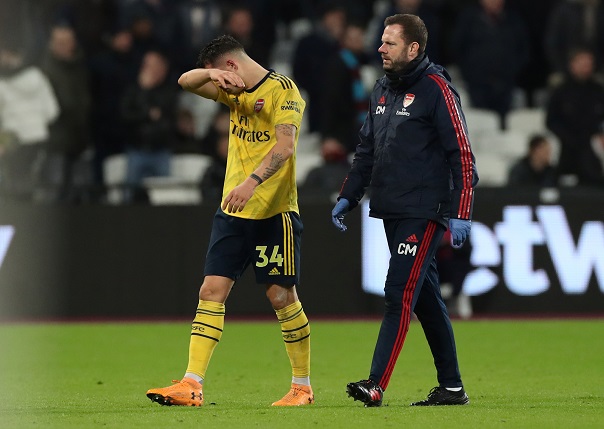 Hertha Berlin are understood to be interested in signing Arsenal outcast Granit Xhaka in January.

The Gunners midfielder has become an unpopular figure at the Emirates Stadium ever since his antics when being substitutes in their 2-2 draw with Crystal Palace in October.

He swore at fans who ironically cheered when his number went up on the fourth official’s board before throwing his shirt to the ground in frustration and storming down the tunnel.

Xhaka was stripped of the captaincy by then Gunners boss Unai Emery.

He spent a month frozen out of the team before making his comeback against Frankfurt in the Europa League – the 2-1 loss marking the end of Emery’s time in charge.

He has played three further games since but appears destined for an exit from the Emirates Stadium.

That has alerted Hertha to his availability, with new boss Jurgen Klinsmann – the former Tottenham striker – keen to strengthen his squad.

Reports suggest the club who currently lie 13th in the Bundesliga table are hoping to secure a “financially sensible package”.

Xhaka is thought to be keen on a move to the German capital with his future at Arsenal appearing to be very bleak.

He joined the north London outfit from Borussia Monchengladbach in 2016 after a very successful four-year spell in Germany.

He cost Arsenal £35million after scoring 13 goals in 108 appearances for the side currently second in the Bundesliga table.

Hertha play Xhaka’s former club on Saturday in their final match before the winter break, meaning they can start preparing for January.

They currently have another Premier League player on their books, with Liverpool’s Marko Grujic at the club on loan.