Klinsmann resigns as Hertha coach over ‘lack of trust’ 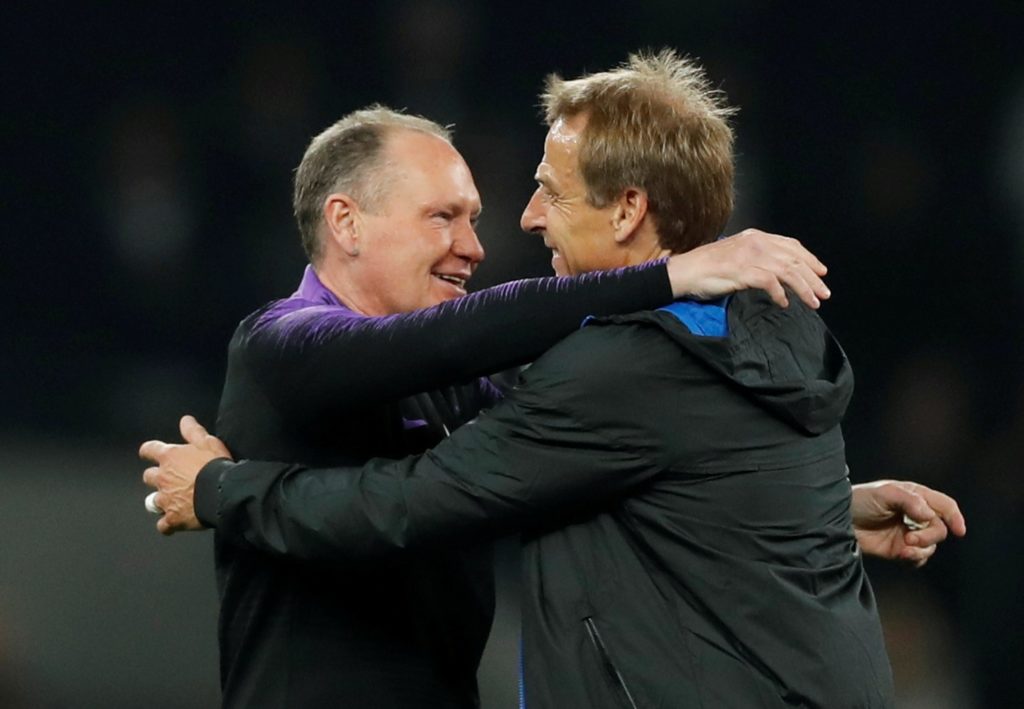 Jurgen Klinsmann has stepped down as Hertha Berlin's interim head coach, citing a lack of “trust” at the club as the reason for his decision.

Kilnsmann will return to his previous role on the club’s supervisory board having taken the reins on November 27 when Ante Covic left after an underwhelming start to the campaign.

The Germany legend took charge of a club teetering just above the relegation places and, while they are far from safe, leaves them 14th and six points above the drop zone after just 10 weeks in charge.

BREAKING: Jurgen Klinsmann has left his role as Hertha Berlin head coach after 76 days in charge.

He won just three of his 10 matches in charge. pic.twitter.com/JFC1RK6g1B

Hertha won just three of the 55-year-old’s nine league matches in charge and the former Germany, Bayern Munich and USA boss took to Facebook to explain his decision.

“We were on a very good path in the relatively short time, and thanks to the support of many people, we are now six points away from the relegation places despite mostly difficult games,” he wrote.

“As head coach, however, I also need the trust of the people involved with this task, which has not yet been completed.”

Klinsmann had given off positive vibes just a few days ago, stating that he had “big plans” for the club once their Bundesliga future had been secured.

There has been no word on a possible successor but it seems as though the man who played for the likes of Bayern, Inter, Tottenham and Sampdoria in a glittering career, has not fallen out with the club and will be on hand to advise from the board room.