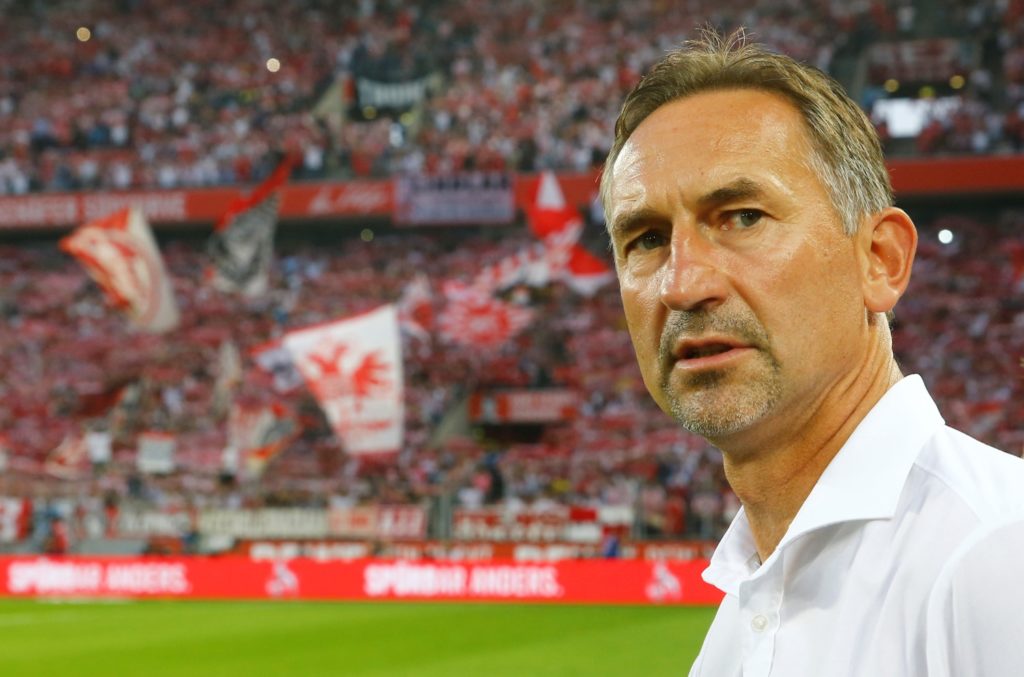 FC Koln have sacked manager Achim Beierlorzer after Friday’s 2-1 loss to Hoffenheim left them 17th of the 18 Bundesliga teams.

The Billy Goats led 1-0 at half-time thanks to Jhon Cordoba’s 34th-minute goal but Sargis Adamya levelled affairs just three minutes after the break.

It seemed the points would be shared but Jurgen Locadia bagged the winner from the penalty spot eight minutes into stoppage time after VAR had reviewed the incident to leave Hoffenheim just below Borussia Monchengladbach in the table.

It has been a tough campaign for Koln to date, with just two league wins to their name and eight losses already.

#effzeh and Achim Beierlorzer have parted ways with immediate effect. André Pawlak and Manfred Schmid will take over in the interim. https://t.co/ZvIFJZd40r

Beierlorzer, who had only been in charge for 13 games in all competitions, will now be looking for a new job and admitted his disappointment at not being able to deliver the goods.

“I regret that I wasn’t able to bring FC the desired sporting success in the four months I was here,” he said. “I felt completely at home at this great club.”

Sporting director Frank Aehlig confessed it was a tough call to make but felt the long-term interests of the RheinEnergieStadion outfit would be better served by making a change.

“I regret that we’ve had to take this step because we value Achim Beierlorzer very highly,” he said. “However, the hoped for sporting success hasn’t been achieved so far.”

Andre Pawlak and Manfred Schmid will take charge of first-team affairs on an interim basis as Koln begin the search for a new boss with immediate effect.