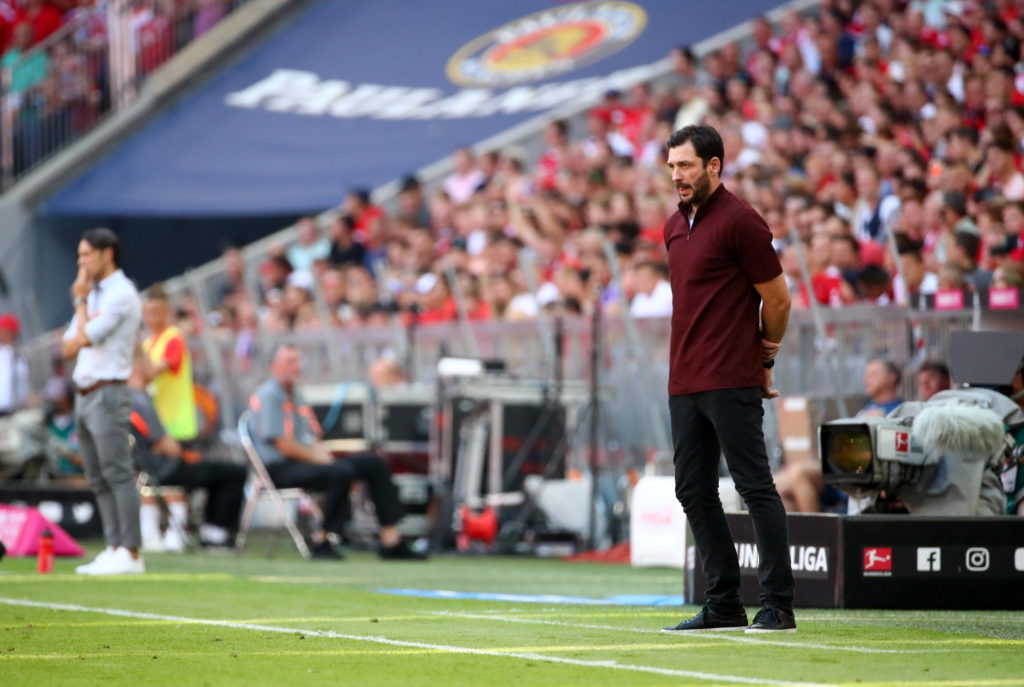 Bundesliga strugglers Mainz have confirmed that their coach Sandro Schwarz has left the club on Sunday by mutual consent.

The 41-year-old, who is a good friend of Liverpool’s former Borussia Dortmund boss Jurgen Klopp, was promoted to the role after the club’s promotion to the Bundesliga in May 2017.

Schwarz helped keep the club in the top flight in his first season at the helm and then guided them to a respectable 12th place last term.

However, Mainz have suffered their worst start to a season in their history having lost eight of their opening 11 matches.

Last week’s humiliating 8-0 thrashing against RB Leipzig was followed by Saturday’s 3-2 defeat at the hands of Union Berlin.

#Mainz sacked #SandroSchwarz as head coach on Sunday after more than two years in charge, making him the third boss to be dismissed by a #Bundesliga club in the last week.https://t.co/LsVRcIgMJr

That result saw Mainz slip into the Bundesliga’s final relegation places and proved to be the final straw for Schwarz’s tenure.

Talks on Saturday evening and Sunday morning have resulted in his departure with sporting director Rouven Schroder and assistant coach Jan-Moritz Lichte taking over on an interim basis.

Mainz have the two-week international break to try and secure a suitable replacement for Schwarz as they look to pull away from the bottom three.

Schwarz is the third managerial casualty in the German top-flight in the past week after Bayern Munich sacked Niko Kovac, before Achim Beierlorzer was sacked by second-bottom Cologne on Saturday.

Mainz’s next game is a difficult trip away at Hoffenheim, who are fourth after winning all of their last six games, on November 24.