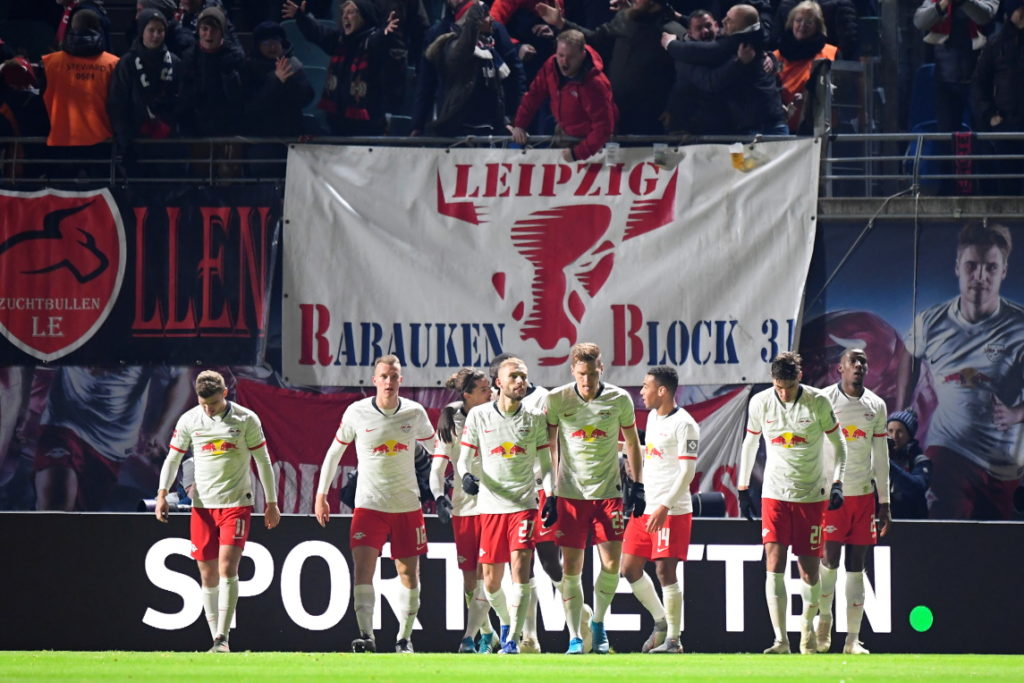 Timo Werner may be taking most of the plaudits at RB Leipzig this season, but the Bulls are proving they have quality throughout the side.

German international striker Werner has been in sparkling form this season, firing home 23 goals and providing a further seven assists as Leipzig have become genuine title contenders and are ready to push Bayern Munich and co all the way.

It is no surprise that such form has alerted the likes of Liverpool and Manchester United, and there is a good chance he will be on the move when the transfer window opens at the end of the season.

However, Leipzig have plenty more strings to their bow. They have quality throughout the team and possess a very strong backbone that all the top sides possess. It is serving them well and it looks as though they will not be fading away as the race for the Bundesliga title hots up.

Julian Nagelsmann’s side do not always have to rely on Werner’s goals either, and this was very evident when they returned to the top of the table with a 3-0 win over Werder Bremen on Saturday afternoon.

Werner for once failed to hit the back of the net, but that did not stop Leipzig from romping to victory and that makes them a very dangerous animal heading into the business end of the season.

Lukas Klostermann, Nordi Mukiele and Patrik Schick got the goals much to the delight of Nagelsmann, who will be delighted to see the rest of the side chipping in.

For Mukiele it was his fourth goal of the season, Klostermann his third, but the duo are quite low down in the goalscoring charts for Leipzig.

Schick has been in great form this season, and his strike against Werder was his seventh goal of the season, but again he is still chasing team-mates in the race to finish second behind Werner.

Marcel Sabitzer currently occupies that position with nine goals, while his seven assists have also been crucial, and Emil Forsberg has also impressed with seven goals.

In fairness, Bayern Munich also share the goals around. As well as Robert Lewandowski, Serge Gnabry, Philippe Coutinho, Thomas Muller and Ivan Perisic have been among the goals this season.

But even so, the fact that Leipzig are not overly reliant on Werner means they look like taking the title race to the wire.

They currently sit top, two points clear of Bayern. However the Bavarians can reclaim pole position with a win over Cologne today.