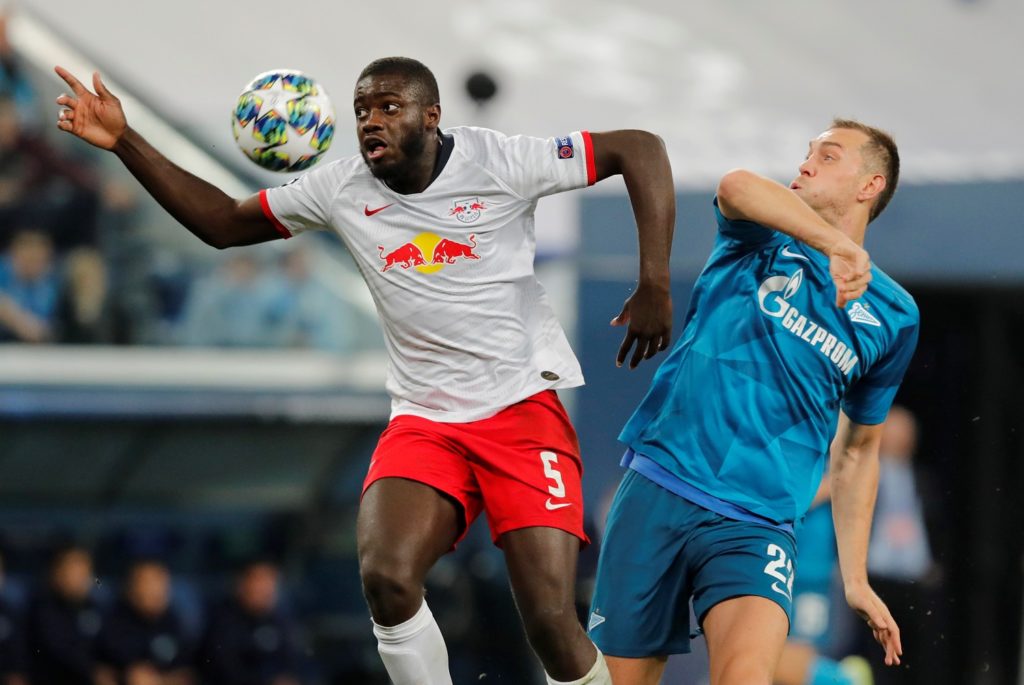 Dayot Upamecano has been linked with the likes of Arsenal and Bayern Munich of late but he says he isn’t actively looking to leave RB Leipzig.

The French defender joined the Bundesliga outfit from sister club Red Bull Salzburg on a four-and-a-half year deal in 2017 for a fee in the region of €10million and has since established himself as a key man at the Red Bull Arena.

The 21-year-old has featured 20 times in the German top flight for Leipzig this term and also has five appearances in the Champions League, and his displays are believed to have attracted attention from elsewhere.

Bayern have been mentioned as potential suitors and the Gunners are also said to be keen, with Real Madrid, Chelsea and Spurs also credited with an interest.

Upamecano is aware of the speculation but he says his full focus for the time being is on Leipzig, who are involved in the title fight in Germany as they sit in second spot and are just three points behind leaders Bayern.

“I feel very good at RB Leipzig,” Upamecano told Foot Mercato. “I like my team-mates, the staff and my club.

“For the moment, I am still under contract until 2021. I am going to have to continue to train well and play matches.”

Leipzig are set to hold talks with the defender in a bid to tie him down to a new deal.

If Upamecano doesn’t agree fresh terms the Bundesliga club could be open to offers in the summer, rather than run the risk of losing the France Under-21 international as a free agent.

Upamecano has a reported release clause of €60million but the Red Bulls may accept a lower fee if he does enter the final year of his deal.