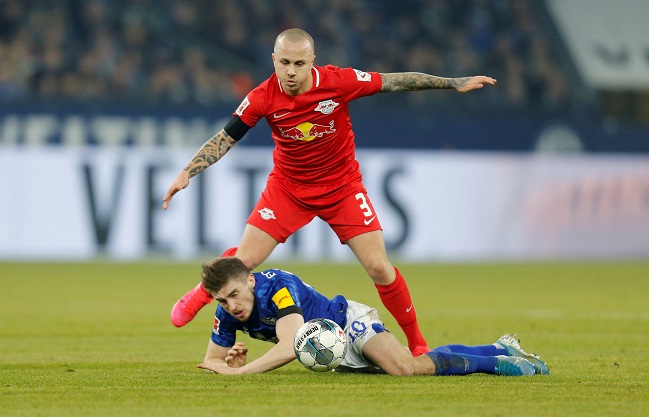 The wing-back, who is on loan from reigning Premier League champions Manchester City, was part of the side that managed to beat Jose Mourinho’s Tottenham over two legs to reach the last eight of the competition.

Leipzig are now in a Champions League quarter-final for the first time in their history and the 23-year-old Angelino, who has shone since his move to Germany in the January transfer window, feels his current side should be praised for how they battled past Mourinho’s men to break unprecedented ground in Europe’s elite competition.

“The value of getting to quarters is the same. But it is true that the repercussions are not. Tottenham is a historic club in England and the fact that Mourinho is their coach, means they generate even more attention,” the former PSV Eindhoven star told La Voz de Galicia.

“In any case, sportingly, I consider the achievement to be enormous, whether in these or other circumstances.”

While making waves in the Champions League, manager Julien Nagelsmann’s Leipzig have also impressed in the Bundesliga this term.

Angelino’s side were leading the way for a period but back-to-back draws have seen the club drop down to third place in the standings recently.

Five points now stand between Leipzig and the reigning champions Bayern Munich, with the Bavarian giants in their familiar position at the top of the Bundesliga table after 25 games of the campaign.