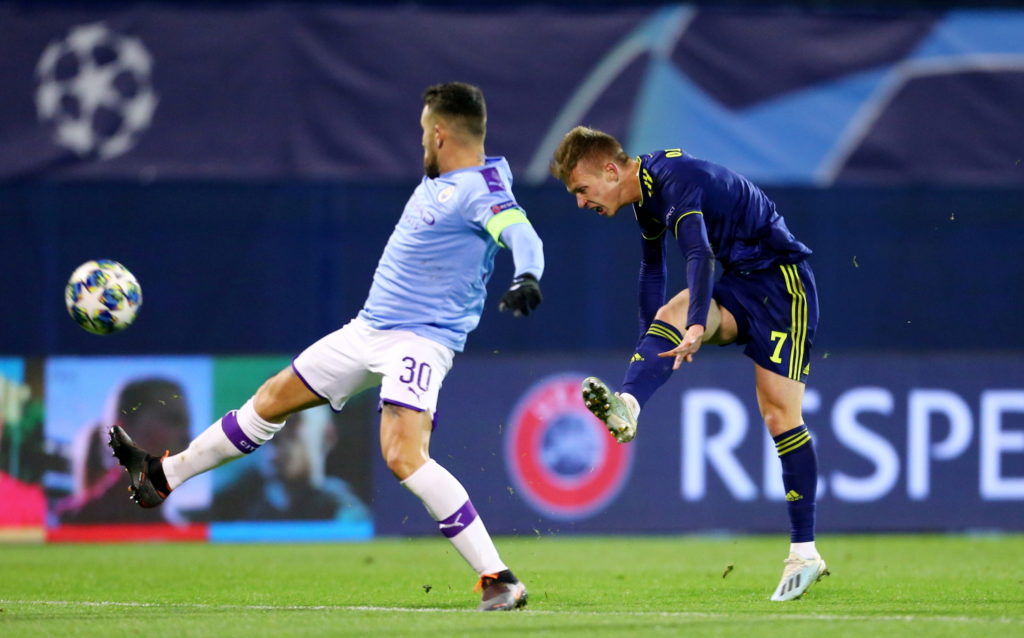 Midfielder Dani Olmo admits he rejected offers from clubs in Spain and England before completing a January move to RB Leipzig.

The 21-year-old came up through the Barcelona youth system, spending seven years at the Catalan club’s famous La Masia academy before leaving for Dinamo Zagreb in 2014.

Having spent a few months in the Croatian side’s reserves, he made his first-team debut in February 2015 aged just 16.

The Spaniard went on to make 124 appearances for Modri, scoring 34 goals before signing for Die Roten Bullen on January 20 this year.

Capped once by Spain in November 2019, it appears the talented youngster had caught the eye of a few top clubs, with Barca, Real Madrid and Manchester United linked in January.

However, he signed for the Bundesliga outfit in a deal worth £21million but has made it clear he was not short of possible destinations.

“I had several offers, not only from Spain but also from Italy and England,” the attacking told Mundo Deportivo. “But RB Leipzig was the team that bet the most.

“The project they offered me was not given to me by any other team. This is how I felt and I was determined that it was the best option.”

The Terrassa-born starlet has enjoyed five outings for the Bundesliga’s third-placed side but has yet to open his account.

He was left on the bench as Leipzig beat Tottenham 3-0 in the second leg of their Champions League last-16 encounter to progress to the quarter-finals.