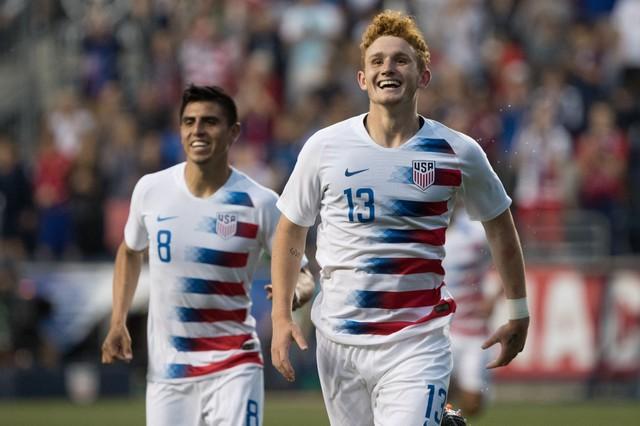 Werder Bremen will be without Josh Sargent until after the winter break as the attacking midfielder has been sidelined with a hamstring injury.

United States star Sargent initially sustained the problem while representing his country against Cuba during the last international break, but he had seemingly recovered, as he came off the bench to help Bremen secure a 3-2 victory at Wolfsburg in the Bundesliga on Sunday.

However, the injury has since flared up in training and Bremen have now confirmed the 19-year-old will miss the club’s next four matches and will not return until after the winter break.

“Since this is a small, deep-set muscle, the problems only occur at certain, very specific loads, which is why he was able to play and train for so long with problems,” Bremen head coach Florian Kohfeldt told the club’s website.

“We will now give Josh’s injury-time to properly heal, then he will get back to training in January.”

Sargent has enjoyed a breakthrough season with Bremen this term, featuring in 11 of their 13 Bundesliga games to date and netting twice in their victory over Augsburg and draw with Hertha Berlin.

Sunday’s triumph over Wolfsburg has eased Werder’s relegation fears, as they are now three points clear of the drop zone, but with games to come against fellow strugglers Paderborn, Mainz and Cologne, as well as champions Bayern Munich, Sargent’s absence may have come at just the wrong time.

Werder will play host to bottom club Paderborn in their next Bundesliga match on Sunday.