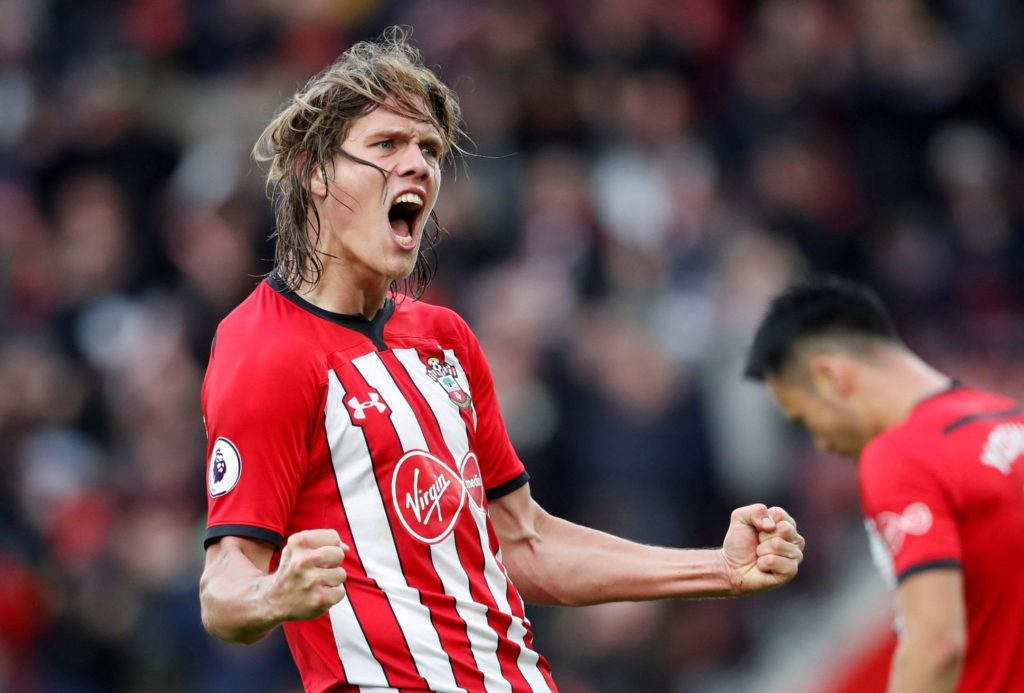 Werder Bremen are keen to bring defender Jannik Vestergaard back to the Bundesliga.

The Denmark international currently plays for Premier League club Southampton but has fallen out of favour at St Mary’s.

3 – Jannik Vestergaard, who has netted his first Southampton goal, is the third Danish player to score for Saints in the Premier League, after Ronnie Ekelund and Pierre-Emile Højbjerg. Equaliser. pic.twitter.com/XJvTftWJoL

Vestergaard hasn’t featured at all in Southampton’s last eight games and could well be open to a move away from the south coast in the January transfer window.

The 27-year-old spent just over a year with Werder before leaving for Borussia Monchengladbach in 2016 and reports in Germany claim Die Werderaner are keen to re-sign the central defender in the winter window.

Bremen are looking to strengthen their squad in January in a bid to try and pull clear of the relegation places in the Bundesliga.

The Weserstadion outfit are in 17th place in the Bundesliga standings and they are three points adrift of safety after a run of four straight defeats going into the German winter break.

Bremen boss Florian Kohfeldt wants to bring in defensive reinforcements as his side have the worst record at the back with a league-high 41 goals conceded, while key defender Ludwig Augustinsson has struggled with injury issues this season.

Southampton paid a reported £22.5million to land Vestergaard from Gladbach in the summer of 2018 and may be willing to accept a loss on the Dane in the winter window in order to raise funds for their own January targets.