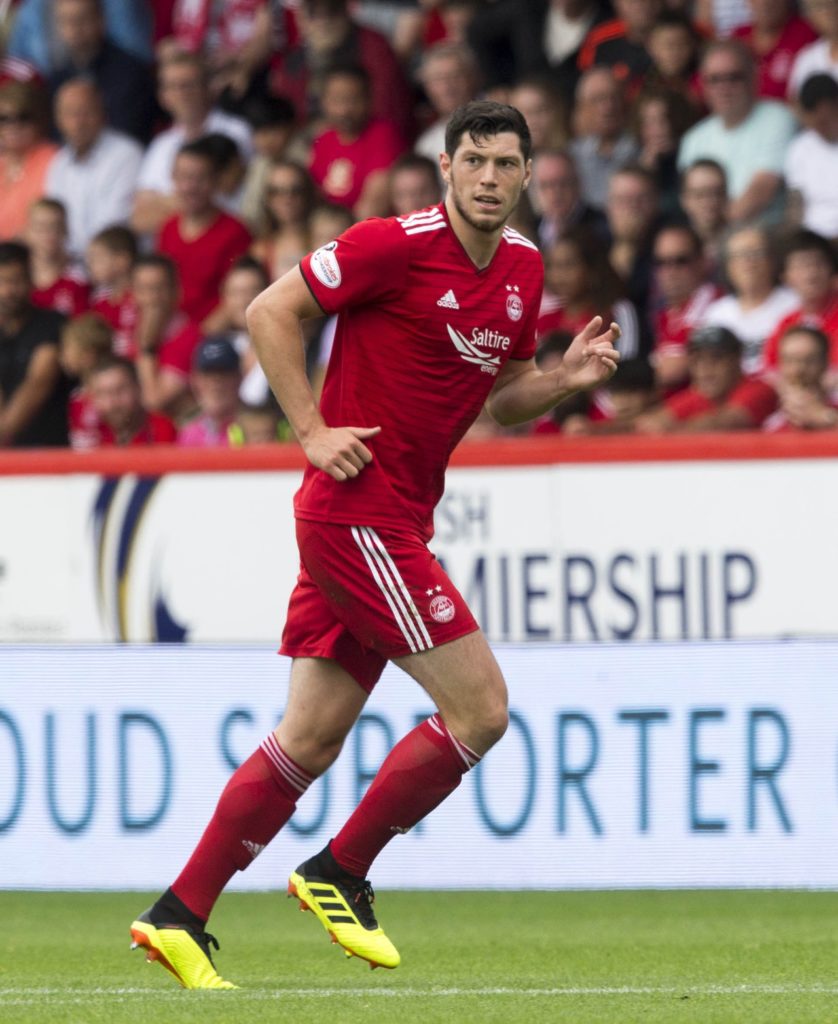 Blackburn are reported to have entered the race to sign defender Scott McKenna from Aberdeen this month.

McKenna came through the ranks at Pittodrie and, after a brace of loan spells at Ayr and a temporary move to Alloa, has been a regular for the Dons over the last three years.

The 23-year-old’s performances have helped earn him 13 caps for Scotland and admiring glances have been cast from south of the border.

Aston Villa were linked with a deal last summer and, while Villa’s interest is said to have cooled, Burnley are thought to be lining up a bid due to the uncertainty over Ben Gibson’s future.

Premier League football is thought to be McKenna’s ambition but that has not stopped a host of Championship clubs professing an interest.

Bristol City and Huddersfield have been mentioned as potential suitors, with both likely to be able to offer the Kirriemuir-born star regular minutes.

Blackburn are now said to have thrown their hat into the ring as Tony Mowbray seeks January reinforcements.

Rovers sit 13th in the Championship table but signing quality players in mid-season could help cut the five-point gap to the play-off places.

A cut-price deal for Morgan Fox, who is out of contract at Sheffield Wednesday in the summer, has been mentioned, but McKenna may be a more realistic target likely, with the Owls deep in talks with Fox’s representatives.

McKenna is under contract at Pittodrie until 2023 and would likely command a fee of around £6million.

The injury issues at Ewood Park could prompt the board to go big on the left-sided stopper.