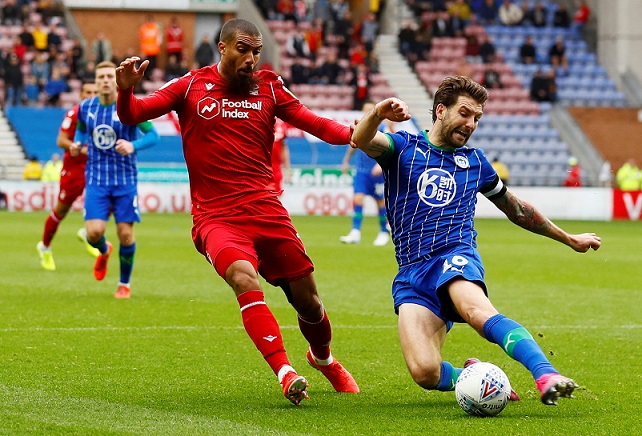 Scotland international Mulgrew joined Wigan Athletic on a season-long loan deal last summer although the deadline-day move almost failed to happen after the defender struggled to find the Latics’ Euxton training ground to complete the paperwork in time.

The move was completed in time and the 33-year-old, who is currently on the sidelines after picking up an unspecified injury, has made 12 Championship appearances, of which all have been starts.

Mulgrew has become a fans’ favourite during his first six months at the DW Stadium and reports are now suggesting the Greater Manchester outfit are keen to make the move permanent before the end of this month.

Blackburn manager Mowbray has been speaking about the possibility of a full-time exit for the Scottish centre-back and he expects talks to take place over the coming days.

“I think we’re coming to a point when those conversations will be had again,” he was quoted as saying by the Lancashire Telegraph. “I go in to the same context, I’m trying to move the team and us all forward, they’re big decisions.

“The picture in my mind doesn’t change, we have to move this squad on, this is an opportunity to do that.”

Mulgrew, who still has 18 months to run on his Blackburn contract, is said to be keen on the move and could be available for around £1million.

The Glaswegian has been at Ewood Park since 2016 but Mowbray’s desire to develop and move the squad on looks like it will spell the end of his time with Rovers.