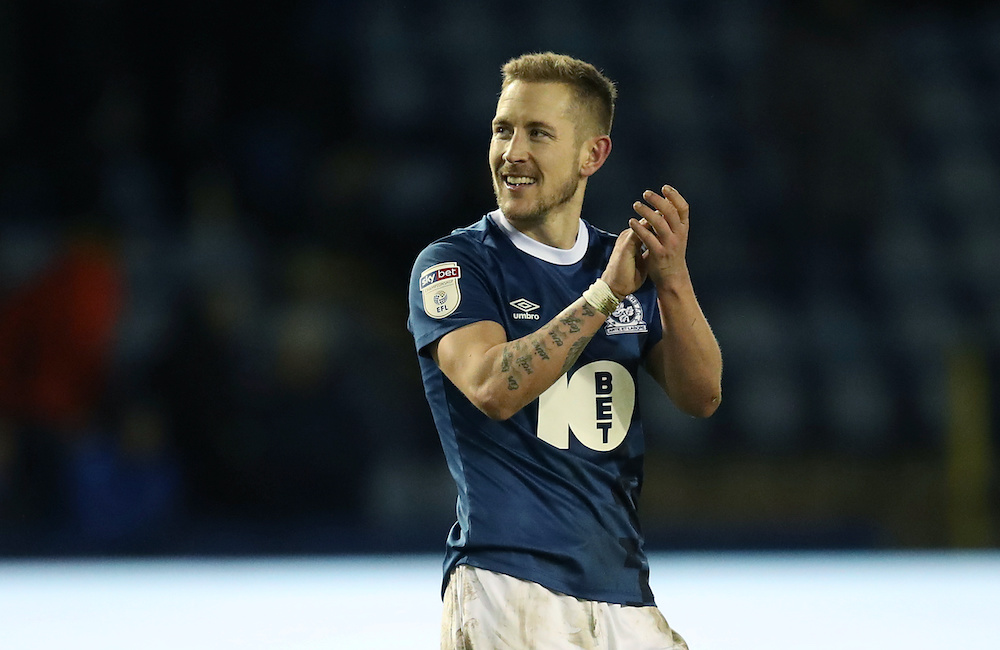 Tony Mowbray says he's hopeful Blackburn Rovers could see Corry Evans and Lewis Holtby return to action before the end of the season.

The duo looked set to miss the rest of the Championship campaign having suffered serious head and knee injuries respectively.

Midfielder Evans was forced to undergo surgery in January after he fractured his skull and eye socket in the draw with Preston.

It was expected the Northern Ireland international would be out of action for the long term, although Mowbray refused to put a timescale on his return.

However, with the coronavirus pandemic knocking the Championship campaign off course, Evans could play again before the curtain comes down on the 2019/20 season.

📹 Well on the road to recovery

💪 Corry Evans is hoping to be back in action this campaign after making good progress in his recovery from the serious facial injury.

The EFL announced this week that the season wouldn’t resume until April 30 at the earliest and while Mowbray isn’t counting on having the 29-year-old back, he is keeping his fingers crossed.

“There’s no timescale from me. He’ll be heading foam footballs at some stage, just to get used to the mechanism of heading footballs again,” he told the Blackburn website.

“I’d anticipate next season for Corry, but I don’t want to write him off because his country have some huge games to come.

Holtby finds himself in a similar situation having picked up a lateral collateral ligament injury in the clash at Middlesbrough at the start of February.

The former Tottenham playmaker had been filling in for Bradley Dack after he went down with a serious knee injury and Mowbray is happy to see him on the comeback trail.

Holtby was hopeful he would return to action in time for the end of the season before the coronavirus pandemic struck and Mowbray says he’s working hard to make sure he is ready for the resumption of the Championship.