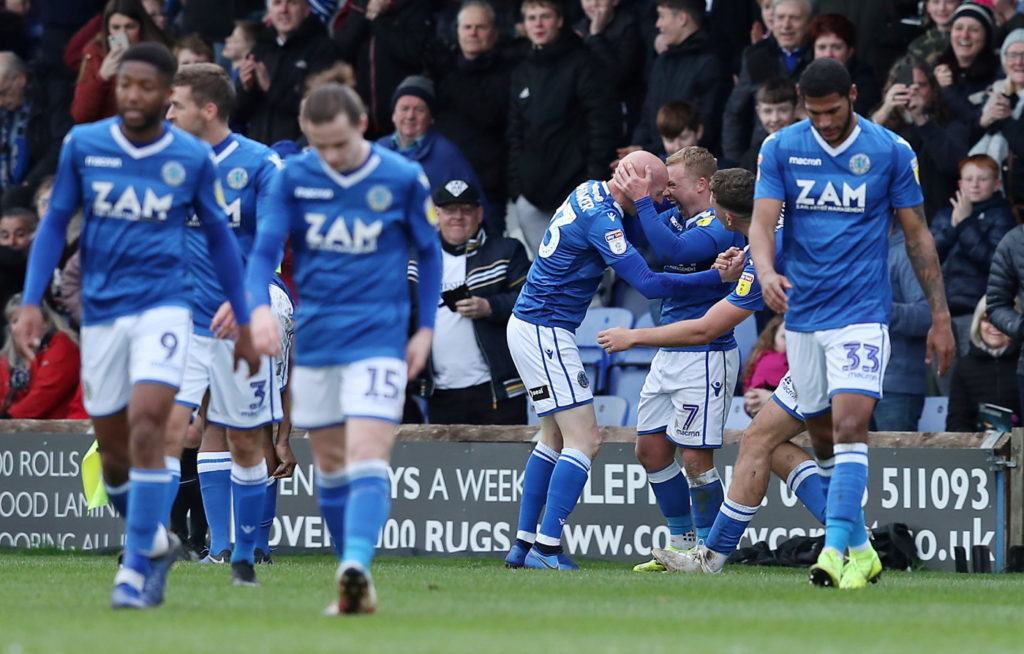 The Christmas period is always a hectic time in the Football League calendar and there are certainly plenty of clubs that could do with some festive cheer.

After winning the League One play-off final in dramatic fashion in May, Charlton took that feel-good factor into the new season and they solidified their place in the top-six prior to the clocks going back in October.

However, since beating Derby on October 23, the Addicks have failed to win a league game, picking up just three points from the subsequent 10 games and they are now just six points above the relegation zone.

To make matters worse, boss Lee Bowyer confirmed this week that star striker Lyle Taylor has turned down the offer of a new contract and is almost certain to leave the club in January.

Like Charlton, Wigan are without a win in 10 league games, but their need to turn things around is arguably greater, as they sit second bottom of the standings and two points adrift of safety.

The Latics have drawn their last two, but they were both at the DW Stadium and three of their four matches over the festive period are away from home.

That will be of particular concern to boss Paul Cook, as Wigan have only registered one away win in the league since August 2018 and that was against Leeds back in April.

No Football League team has endured a worse season on the pitch than Southend, as the Shrimpers have won just one and lost 16 of their 21 league games to date this term, with even the appointment of Sol Campbell as manager failing to turn their fortunes around.

Indeed, the only reason Southend are not bottom of the table is that Bolton were handed a 12-point deduction at the start of the season, but even with that in place, the Trotters are only five points off the south coast club and also have four games in hand.

Indeed, the two teams will meet at the University of Bolton Stadium on Saturday and if Southend were to lose that game, then it would appear safe to say they will be playing League Two football next season.

Only one team will be relegated from the fourth tier this season due to Bury’s expulsion from the Football League, which should make it easier than ever to survive, although a number of teams seem to be giving it a good go at defying that logic.

Crawley are one such side, as they have only won one of their last 13 games and are slipping closer to the bottom of the table on seemingly a weekly basis.

The Reds parted ways with boss Gabriele Cioffi at the start of the month and, although new manager John Yems has avoided defeat in his opening two games at the helm, they have both ended in uninspiring 0-0 draws.

Without doubt the Football League team most in need of festive cheer is Macclesfield, with the sheer future of the club remaining firmly in the balance.

The Silkmen have been deducted six points after pleading guilty to charges over non-payment of wages and their failure to fulfil their recent fixture against Crewe, with the players refusing to play that match due to concerns over their emotional well-being.

The points deduction leaves Macc just three points above the relegation zone and the uncertainty surrounding the club is clearly having an influence on the pitch, as they are without a win in eight.

To make matters worse, Macclesfield’s home clash with Plymouth on Saturday is also in doubt, as the club have been served a “zero-capacity notice” at their Moss Rose home by the local Safety Advisory Group.

If the fixture does not go ahead then the EFL have said the consequences handed down to Macclesfield will be significant.