Bowyer has worked miracles at Charlton 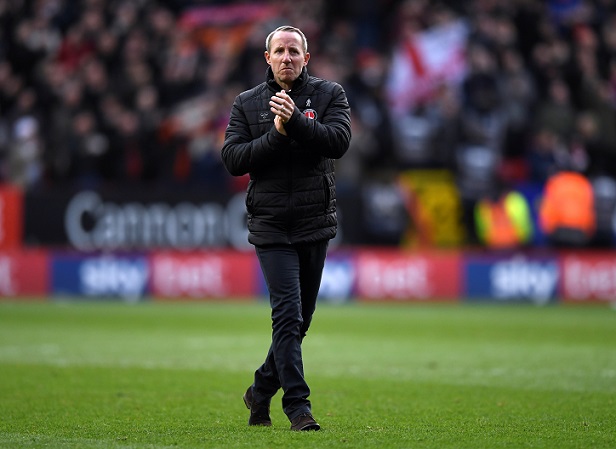 Charlton boss Lee Bowyer could be a manager of the season contender if he manages to keep the depleted Addicks in the Championship.

Ever since the South London club were taken over by Roland Duchatalet in January 2014, there has been an air of madness surrounding every decision that been taken by the club.

Oddities include asking fans to sign behaviour contracts after criticising the owners on social media, hiring a house music DJ to play in fan bars before kick-off, and signing players from Duchatelet’s network of clubs who were clearly not up to scratch.

Charlton fans waged five years of war against the Belgian with some of the most vitriolic and notable protests in football history.

The straw that nearly broke the camel’s back came last summer when it was announced that Lee Bowyer would leave the club having failed to agree a new contract, despite guiding them to promotion put of League One via the play offs.

The Addicks’ fan base nearly combusted and it took a mere 24 hours for the decision to be reversed and for Bowyer to pen a new deal.

He was never going to have it easy at The Valley in the Championship – Charlton are estimated to have the smallest wage budget in the division with their squad being supplemented by loanees and freebies.

Fans got their wish in November when East Street Investments announced its takeover of the club and five years of misery and malaise was surely about to come to an end.

However, all is not well with reports on Tuesday confirming chairman Matt Southall and majority shareholder Tahnoon Nimer had a row over the future of the club.

Nimer said he would be looking for a new chairman due to “irreconcilable differences” between the two.

“With nine games to go, you couldn’t have timed it any worse,” Bowyer candidly said on the argument.

To be clear, Lee Bowyer isn't going anywhere. Made it clear that had approaches this season and opted to stay. He won't be walking away.

“It’s been crazy what’s going on and it’s frustrating because the game is so important,” the former Addicks midfielder added, speaking ahead of their weekend clash against Hull City.

Charlton are currently 22nd in the table after embarking on a three-match losing run.

They lost Conor Gallagher – arguably their best player – in January after he decided to cut short his loan spell and join Swansea, while numerous key players have spent large chunks of the season out injured.

That combined with the off-field hysteria highlights what a brilliant job Bowyer has done.

He has managed to be the voice of calm and reason (in stark contrast to his playing days’ persona) and steer the club to a respectable league position in the most adverse circumstances.

They still have a great chance of safety and, if Bowyer achieves that, then his name should be in the running for bigger – or at least more stable jobs.

And, even if relegated, the one-time England man has proven he can steer a club to promotion out of League One so Charlton would be silly to part company.

In a sea of instability, Bowyer stands out as someone who has staying power, a rare quality to find in football management these days.

If Charlton stay in the Championship another season, it would rank as one of Bowyer’s finest achievements.