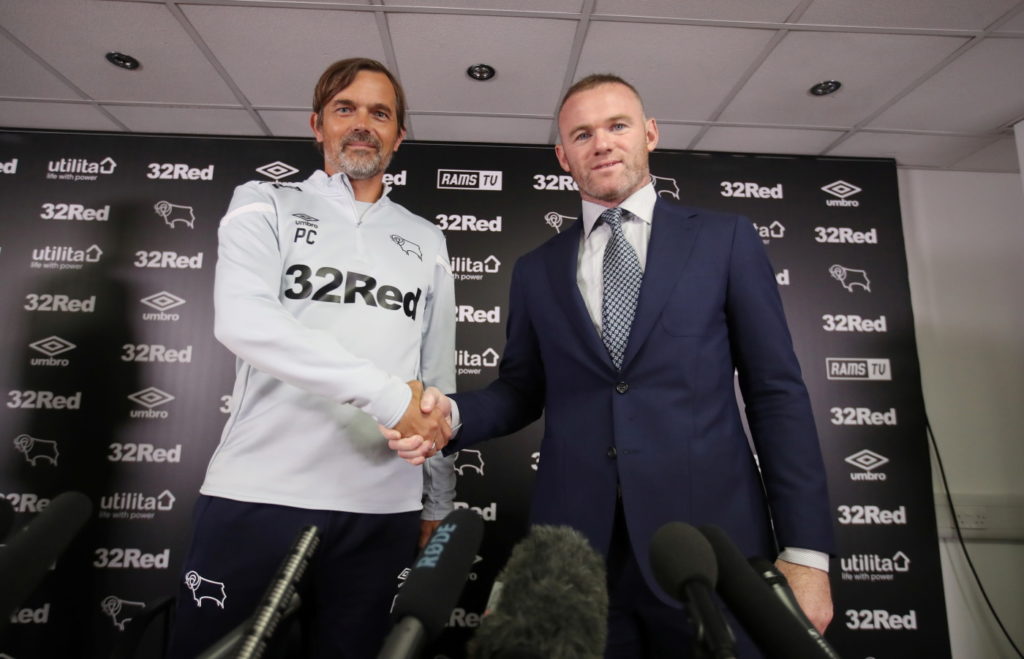 Wayne Rooney is looking forward to hitting the ground running with Derby as his debut for the Championship club edges ever closer.

It was announced that former England captain Rooney would be joining Derby on an 18-month contract in August, but he cannot officially be registered as a Rams player until the new year.

Rooney completed the MLS season with DC United, making his final appearance during their playoff defeat to Toronto in October and, after taking a break, he has now begun training with his new Derby team-mates.

The 34-year-old will also work as a coach during his time at Pride Park and he is set to be in the dugout alongside boss Phillip Cocu for Saturday’s Championship home clash with Queens Park Rangers and he admits he is relishing the challenge that awaits him both on and off the pitch.

“It’s obviously a challenge, of course,” Rooney told RamsTV. “A new club, a new league which I haven’t played in before.

“It will be a good month in terms of getting to know the players and trying to have some sort of input.”

Derby lost the Championship playoff final last season, but they are marooned in mid-table this term, with their impressive home form being offset by their struggles on the road.

Rooney admits it has been an up and down campaign for his new employers so far this term, but he is hopeful they can put a run together and secure at least a playoff place come the end of the campaign.

“Just try and bit more consistent in terms of getting results,” the former Manchester United and Everton star added. I feel if we can win two or three games on the bounce that would put us in a good position and obviously help us get a lot closer to the play-off spots.”