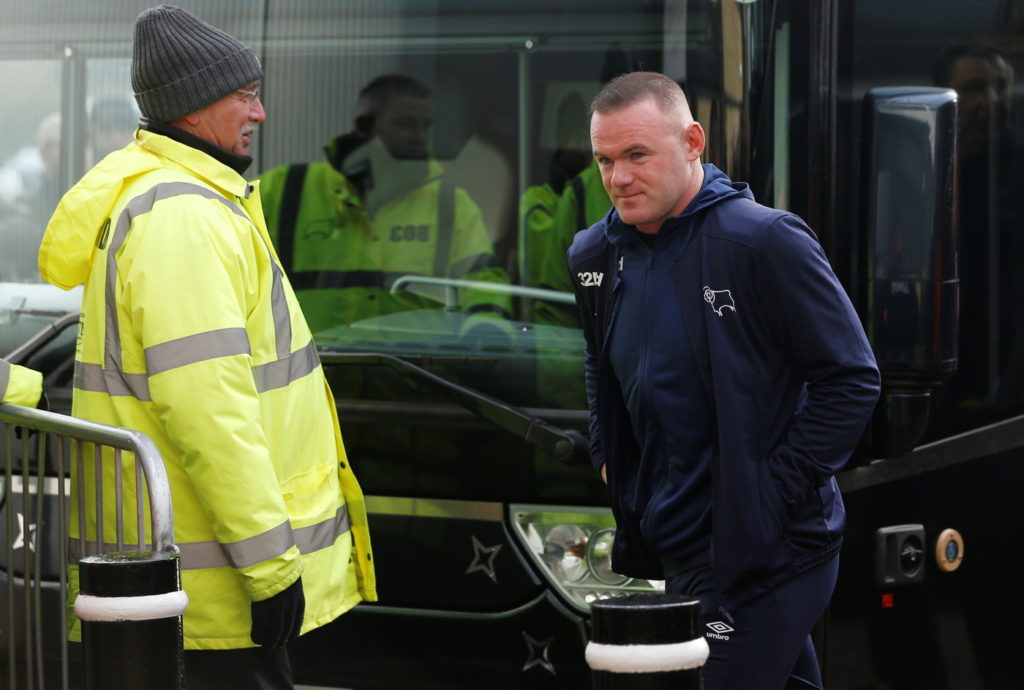 Wayne Rooney could be thrown straight into the Derby starting XI for Thursday's Championship clash with Barnsley, according to boss Phillip Cocu.

England’s all-time record goalscorer Rooney signed an 18-month player-coach deal with Derby back in August, but he will not become eligible to play until the January transfer window opens.

The former Manchester United and Everton star has had to watch on as Derby have struggled for form of late, although they did record their first win in eight games against Charlton on Monday night.

That leaves the Rams 17th in the Championship, but they also have a lengthy list of absentees heading into their game against Barnsley at Pride Park, which has led Cocu to suggest that Rooney could be thrown straight into the starting line-up.

“He’s fit, he can start but he will need a few games,” said Cocu. “So maybe not perfect from the start but it’s important he will get in the team as soon as possible so we get a certain shape in our team.

“If a player with the qualities, career and the experience of Rooney (is available) you have to be very happy and glad he is here, so I don’t need a suspension to consider him in the first XI, to be honest.”

Rooney has not played a competitive match since his former club DC United exited the MLS playoffs in mid-October, but Cocu knows expectations will be high that the 34-year-old can hit the ground running at Derby.

The Dutchman added: “Expectation will be high when he starts playing but we have to give him a few games to build up his minutes and get in the team.”