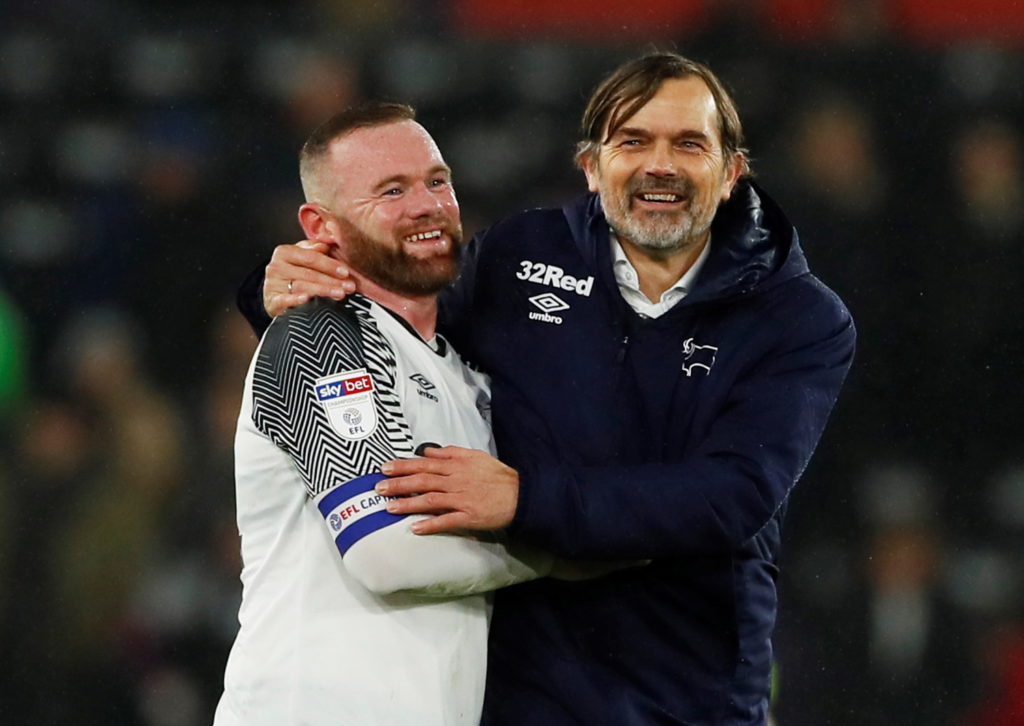 Derby still have an outside chance of making the Championship play-offs thanks largely to the impact of former England captain Wayne Rooney.

The Championship is regarded as one of the toughest divisions to get out of in terms of promotion and Rams fans will attest to that.

Derby have been in the second-tier since 2008-09 following relegation from the Premier League after winning just once all term, picking up 11 points – still the record for the lowest ever tally since its inception in 1992-93.

In their 11-and-a-half-year stay in the Championship, the Rams have reached the play-offs on four occasions, including in each of the past two campaigns.

They finished third in 2013-14 but lost 1-0 in the play-off final to QPR and they also fell at that final hurdle in 2018-19, having lost in the semi-finals the previous year.

The Dutchman’s CV reads very impressively with stints in charge at PSV, where he won the title on three occasions, and Fenerbahce.

Fans felt even more optimistic about their chances of finally returning to the Premier League when the club announced the signing of Rooney on a player-coach contract.

The deal was finalised with the former England international set to link up with Derby in January 2020.

However, all of that optimism quickly subsided when they made a terrible start to the 2019-20 season.

Derby picked up just one win from their opening eight games and they sat 18th with just eight points to show for their efforts.

Issues on the field were further exacerbated by problems off the pitch when club captain Richard Keogh, Tom Lawrence and Mason Bennett were involved in a drink-driving incident.

Cocu’s days at the club looked numbered with Derby in turmoil and Rooney must have been questioning his decision to sign.

Fast forward to January 2, Rooney made his debut and was immediately handed the captain’s armband with the Derbyshire-based outfit sitting 17th.

He made an instant impact, picking up his first assist, as Derby ran out 2-1 winners over Barnsley at Pride Park.

Off to a winning start 🙌🐏 #dcfc pic.twitter.com/F7nEoiFk0C

Rooney’s class was clear to see and his football brain clearly still working to an extremely high standard.

A spell in the MLS, often seen as a retirement home for ageing players, certainly hadn’t seen England’s record goalscorer winding down and the 34-year-old has provided a much-needed boost to Derby’s season.

The Everton academy graduate has been deployed in midfield and has been essential to a recent upturn in form.

Derby have lost just two of their seven Championship outings with Rooney in midfield, winning four during that sequence, and have an outside chance of making a late charge towards the play-offs.

They currently sit 10 points adrift of sixth-placed Preston with 14 games to play and can’t be written off just yet.

It’s a lot of pressure for one man to be burdened with but Rooney, who made his senior debut with Everton as a 16-year-old, is used to having that kind of weight on his shoulders.

Many thought Rooney was finished as a Premier League player when he left Everton for DC United in 2018 but he could be back for one final crack next term.