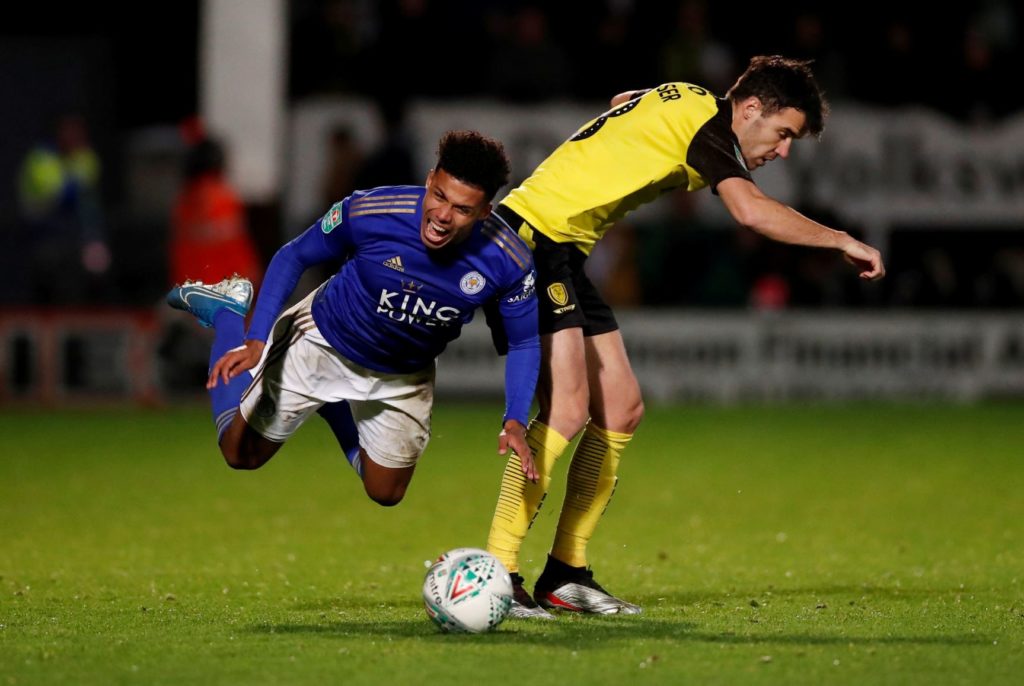 Fulham have reportedly made an ambitious enquiry about signing Leicester City fringe man James Justin on loan in the January transfer window.

Fulham were one of the clubs linked to Justin over the summer when Leicester beat off competition from Crystal Palace, Southampton and Aston Villa to land the Luton right-back for £8million.

Although Leicester have high hopes for Justin, he has been forced to play second fiddle to Portugal international right-back Ricardo Pereira since his arrival at King Power Stadium.

Justin has made just two appearances for Leicester this season – both in the EFL Cup – and although he scored against his former club in September, he is still waiting for his Premier League debut.

And that has led to Fulham sniffing another chance to improve their promotion bid, with Football Insider claiming an enquiry has gone in to ascertain whether Foxes boss Brendan Rodgers would let him go in January.

The Northern Irishman could feel Justin would benefit from getting regular playing experience elsewhere.

However, his recent comments suggest he is going to give the 21-year-old some more minutes over the upcoming Christmas period.

BREAKING: Leicester City have completed the singing of James Justin from Luton Town on a five-year contract.

“We know there is a busy schedule, especially coming into December, there’s a lot of games,” said the former Liverpool boss on Sunday. “We are going to need all the squad to fulfil the goals we want to achieve over the course of the season.

“I’ve got guys like Marc Albrighton sat there hardly playing, James Justin. Guys like Hamza [Choudhury] and Christian Fuchs are not even in the squad but if you see them in training every day, they’re amazing.”

Justin has been on the bench for every one of Leicester’s Premier League games so far and can’t be far from the manager’s thoughts.

But Fulham’s rekindled interest does at least show the type of player the Championship promotion chasers are targeting in January.

The Cottagers have been playing versatile defender Dennis Odoi at right-back but his attacking production could be better.