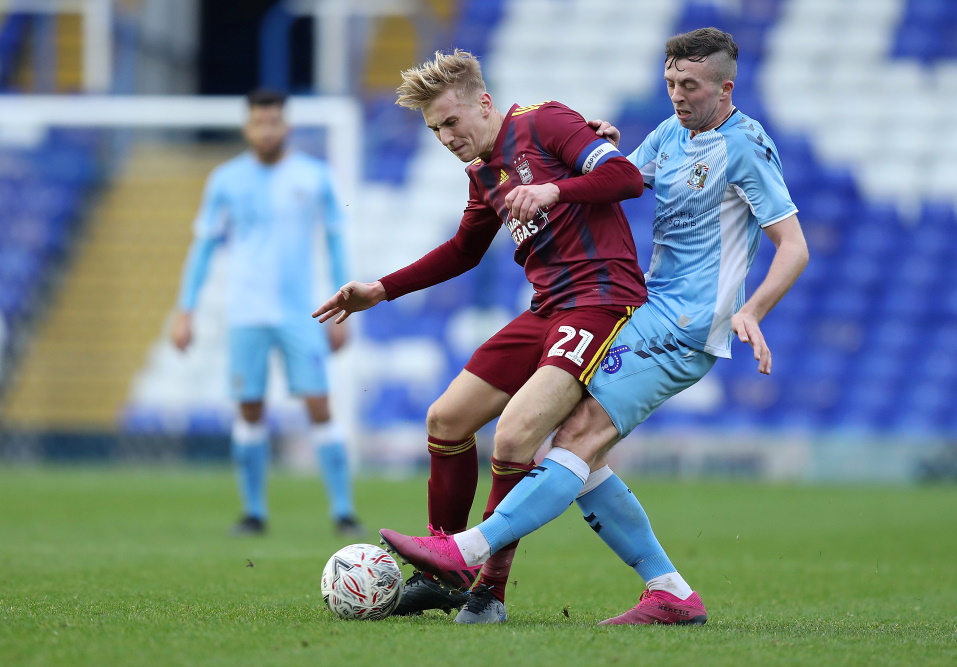 Independent Ipswich website TWTD.co.uk report that the Cottagers have been keeping close tabs on Downes in the opening months of the season.

The 20-year-old has made a hugely impressive start to the campaign with the League One pacesetters, who are looking good for automatic promotion back to the Championship under Paul Lambert.

The report states that Fulham’s assistant director of football operations and chief scout Brian Talbot was at Portman Road for the Suffolk side’s recent FA Cup first-round tie against Lincoln City on November 9.

Talbot is understood to have been there for Downes, who has started 13 League One matches this term and became Ipswich’s youngest-ever captain in Sunday’s 1-1 FA Cup second-round draw with Coventry City.

Ipswich have the Brentwood-born player under contract until 2022 and hold an option for a further season beyond that so there will be no panic from inside the Portman Road corridors of power about the interest of Fulham, who recently enquired about the availability of Leicester’s James Justin.

Downes is at a key stage of development in his career and might also understand that regular games are more important to him than a shortcut to the Championship right now.

Meanwhile, Downes’ team-mate Luke Woolfenden has also been scouted by Championship clubs with Queens Park and Bristol City said to be among them.

The 21-year-old has similarly impressed during his first full senior season for the club, having spent last term on loan in League Two with Swindon.

Ipswich are also likely to resist offers for locally-born centre-back Woolfenden, given he is also contracted until June 2022 with the club having an option for an additional year.

They know that promotion offers the best chance of holding onto the talented duo and would help the club maximise any potential fee if and when they do ultimately move on.