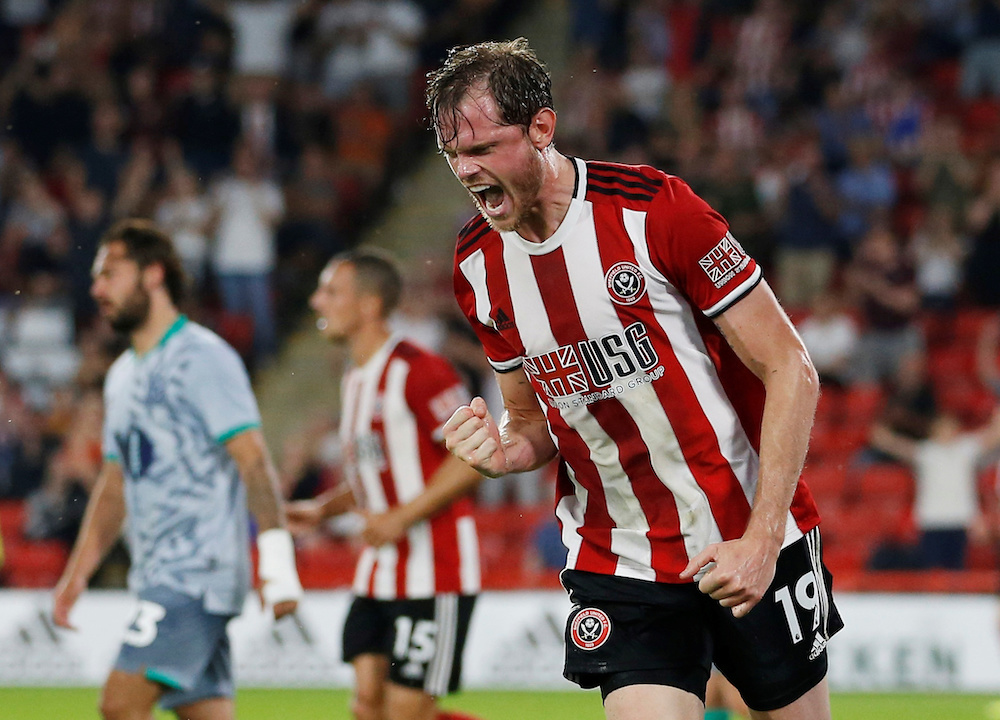 Sheffield United's Richard Stearman has emerged as a target for Huddersfield Town as the Terriers target a new central defender in this month’s transfer window.

Town manager Danny Cowley appears determined to recruit another centre back in January with Stearman just the latest name to be associated with a move to John Smith’s Stadium.

Reports from Turkey earlier this week suggested Town had made a bid to bring Danish defender Mathias ‘Zanka’ Jorgensen back on loan from Fenerbahce, but the Huddersfield Examiner shot down the rumour as ‘nonsense’.

The newspaper stated that no approach has been made or will be made to the Turkish club, but a move for Blades fringe man Stearman has a lot more going for it on the face of it.

Football Insider understands that Terriers officials are hoping to take advantage of Stearman’s scant opportunities at Bramall Lane and the upcoming expiry of his contract.

The former Wolverhampton Wanderers and Leicester City defender is out of contract this summer and Blades boss Chris Wilder would have no qualms in releasing him six months ahead of time.

Town have identified Sheffield United’s 32-year-old centre half Richard Stearman as a potential signing to offer cover for the centre half position (Football Insider) #htafc pic.twitter.com/coTu2UTE3z

Wilder made 11 changes to his side for Sunday’s FA Cup third-round tie against non-league side Fylde, but could still not find a starting berth for Stearman.

The 32-year-old, who has not featured at all in the Premier League in the Blades’ impressive return to the top flight – with his only two appearances coming in the Carabao Cup – eventually came on as an 88th-minute substitute.

His vast experience of the Championship, having made over 300 league appearances at second-tier level, would be of great value to a club like Town.

Currently 20th in the Championship table, Town are five points above the relegation zone and Cowley knows he needs to strengthen his squad if they are to avoid suffering the dreaded ‘double drop’.

Huddersfield have also been linked to Aberdeen centre-back Scott McKenna but Burnley, Bristol City and Blackburn are all reportedly set to provide competition.