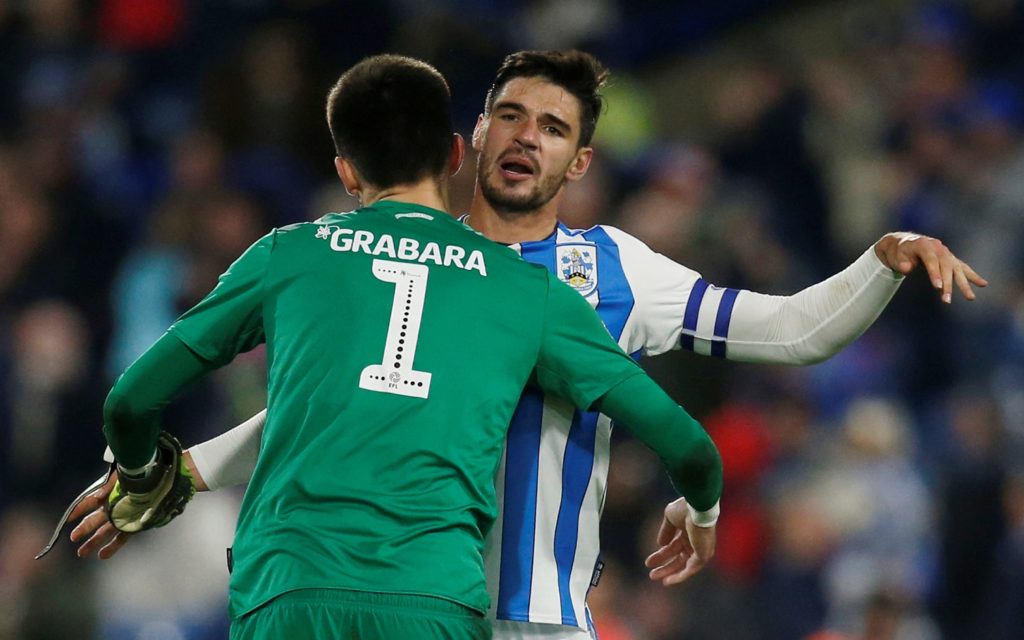 Huddersfield goalkeeper Kamil Grabara is recovering well after being knocked unconscious against Hull last month and could return to light training next week.

The 21-year-old, who is on loan at the John Smith’s Stadium from Liverpool, was forced to spend two nights in hospital after clashing with team-mate Christopher Schindler in the 2-1 Championship victory against the Tigers on January 28.

The keeper has no chance of being involved this weekend against QPR but boss Danny Cowley has said he’s making good progress and he is in line to make a return to initial training next week.

Cowley told reporters: “We’re still monitoring Kamil Grabara. We’re hoping that next week he’ll be able to do light exercise, which is a really positive result.

“He’s a really durable, resilient boy and day by day his symptoms have cleared and he’s feeling much more like his old self.”

It was confirmed tests had shown Poland Under-21 international Grabara had suffered a small bleed in his head and would not be considered for action for at least 28 days.

Joel Coleman was brought in in goal for last week’s 3-2 defeat at Fulham, but Cowley now has Jonas Lossl as another option after he returned to Town on loan from Everton for the rest of the season.

DC: “Having @JonasLoessl in the squad has created real competition amongst our ‘keepers.

“It’s great that he has a wealth of experience and that he creates competition in area for us.”#htafc

The Terriers are just two places and three points clear of the relegation zone in the Championship before this weekend’s action as they prepare to host an R’s side who are four places and six points better off.