Hull’s injury crisis mounts as they lose Eaves for season 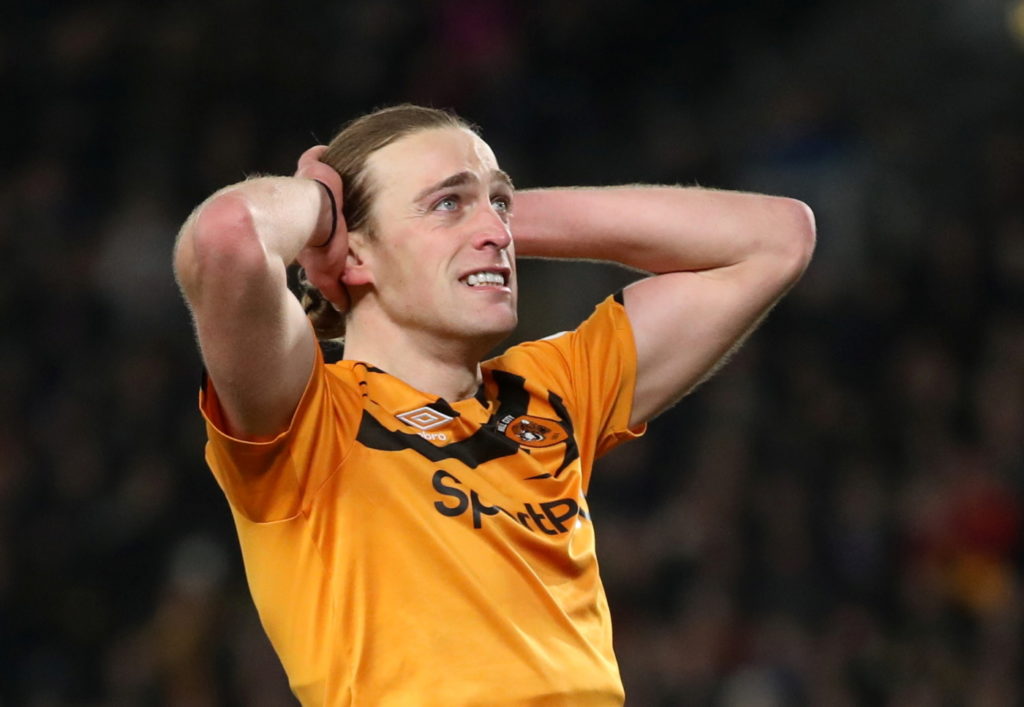 Championship strugglers Hull have been dealt a further injury blow as striker Tom Eaves has been ruled out for the rest of the season.

Eaves joined Hull from League One Gillingham last summer and he has been a regular feature for Grant McCann’s side, scoring five goals in 31 league appearances.

However, the 28-year-old was on the receiving end of a strong challenge during the Tigers’ 2-1 loss at Preston last weekend and he subsequently missed the midweek home defeat to Barnsley.

“To a man, we didn’t perform and we can’t shy away from that.”#hcafc | #theTigers

Speaking after the 1-0 defeat at the KCOM Stadium, McCann confirmed that Eaves has sustained ankle ligament damage and he will miss the rest of the campaign as a result.

“He’s a big loss and, as I said after the game, it was a horrendous tackle on him,” McCann told reporters.

Eaves is the fourth Hull player to sustain a season-ending injury over recent weeks, following in the unfortunate footsteps of Eric Lichaj and Herbie Kane, who have both suffered similar injuries, while January recruit James Scott saw his campaign ended during his first training session following his arrival from Motherwell.

Hull are currently bottom of the Championship form table after taking only five points from their last 10 games, a run that has seen them slip to within four points of the relegation zone.

Next up for the depleted Tigers is a home clash with promotion-chasing Leeds, before they face back-to-back relegation six-pointers against fellow strugglers Stoke and Charlton.