McCann calls on Hull squad to pick themselves up 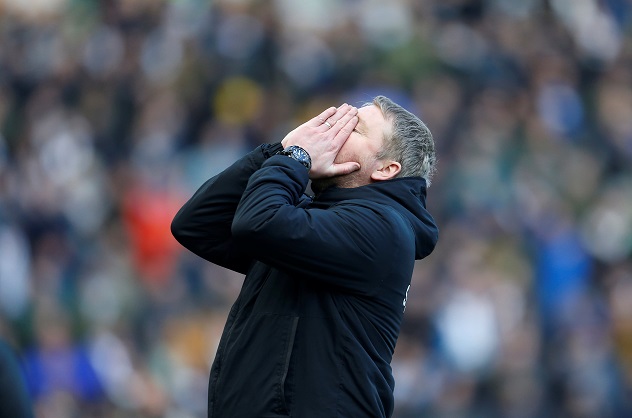 Hull City manager Grant McCann has urged his players not to “feel sorry for themselves” despite their abysmal run of form.

The Tigers have seen their faint play-off hopes blow up since the New Year and now they appear to be in a relegation battle.

Saturday’s 4-0 thumping at the hands of Leeds United plunged them to 18th in the table, and they are now three points above the drop zone, following Middlesbrough’s 2-2 at home to Nottingham Forest on Monday evening.

Star players Jarrod Bowen and Kamil Grosicki were both sold on transfer deadline day and the Humberside outfit appear to be suffering as a result.

Hull are winless in the Championship since a 1-0 win away at Sheffield Wednesday on New Year’s Day, a result which lifted them to eighth in the table.

Now, however, avoiding relegation is the key remit for McCann, who was appointed manager in the summer after leaving League One Doncaster Rovers.

Speaking to the club’s official website, the Northern Irishman says the responsibility is with the players to give more in their performances.

“The run we’ve been on hasn’t been great but we need to see more – more energy, more reactions, more tempo in our play and taking more risks,” he said.

“I’ve been a player, I know what it’s like when you lose games, you start doubting everything, yourself, your own performance and where can I find this and that, but you need to find it.”

Hull replaced Bowen and Grosicki by bringing in Marcus Maddison and Mallik Wilks on loan from Peterborough and Barnsley respectively in order to try and combat their winless streak, which now stands at ten games.

McCann also brought in midfielders Herbie Kane and Martin Samuelsen, as well as forward James Scott, but none of them have had the requisite impact.

Next up for the Tigers is a trip to Stoke on Saturday which could be crucial in the battle for Championship safety.