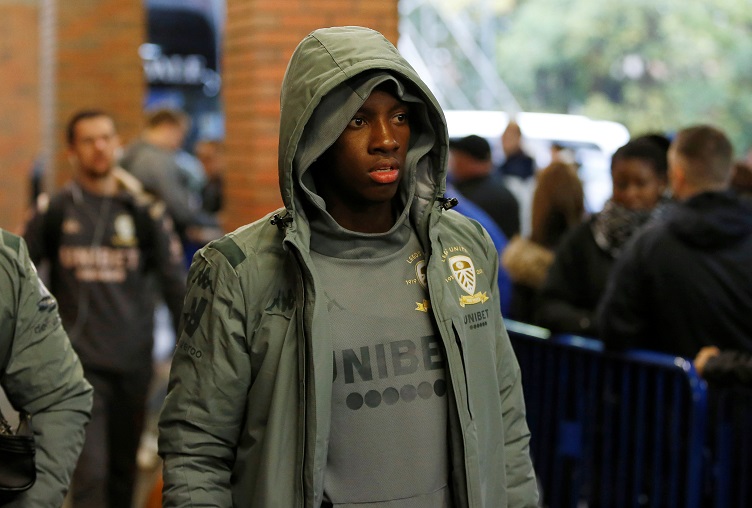 Leeds United could be in danger of losing on-loan striker Eddie Nketiah in January as Arsenal are thought to be considering a recall.

Marcelo Bielsa has used Patrick Bamford as his first choice frontman and has stuck with the former Middlesbrough forward even when the goals were not flowing.

This has meant Nketiah has struggled for starts and has yet to make one for the Whites in the Championship although he has impressed when coming off the bench on each of his 11 appearances.

The 20-year-old has been missing for the past four matches due to a stomach problem but is fit again now and likely to be in the squad for the West Yorkshire derby with Huddersfield this weekend.

However, his long-term future is unclear, with interim Arsenal boss Freddie Ljungberg saying he wants him to get games whilst out on loan with the assumption that if Leeds do not play him then he will be sent elsewhere –  and there are no shortage of takers.

+3 points and a successful return from injury, onto the next. #GodIsGood #MOT @LUFC pic.twitter.com/vsQqzIA1n7

Speaking about his future, the Gunners stand-in manager said: “I need to be careful but I think Eddie is a great player.

“If he goes on loan we want him to play football and get minutes otherwise they (players out on loan) can maybe be here. We want them to be on loan to get minutes.

“I feel a bit sorry for him because he is a great player and the future of this club. When he has had his chance he scores goals and that’s what he is about.

“I’ve been calling him (throughout the season) and he texted me as well two days ago. Like I said I go on a game to game basis but you asked for my opinion and that’s my opinion.”