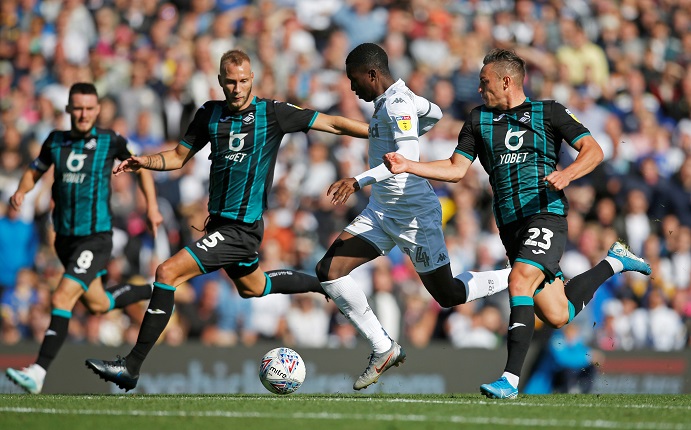 England Under-21 international Nketiah joined Leeds on a season-long loan deal during the summer but, despite scoring four goals in his first six appearances for the club, he struggled to hold down a regular first-team place.

Indeed, only two of the 20-year-old’s 17 Championship appearances came from the start – ironically one of those was the 1-1 draw with West Brom on New Year’s Day – a game that turned out to be his final one for the club.

Unfortunately my time @LUFC has come to an end. It’s been an amazing experience and a privilege to play for such an amazing club. I would like to say a big thank you to my teammates, the coaching staff and the manager for making my time here an enjoyable one. 1/2 pic.twitter.com/IgQNfkOWn5

Nketiah was replaced at half-time during that match and appeared to wave goodbye to the Leeds supporters at the end of the contest.

Bielsa then confirmed at his post-match press conference that the forward had been recalled by Arsenal.

“Arsenal have informed he will not continue with us and we are sorry for that,” Bielsa said. “Eddie arrived at Leeds when the Championship had started and had to spend time adapting to our style.

“He didn’t take this decision but he’s a great player, excellent professional and had very good behaviour – a gentleman in every sense.”

It is believed new Gunners boss Mikel Arteta wants to take a close look at Nketiah before deciding on the forward’s future.

The former Chelsea youth player could end up staying at Arsenal for the rest of the season or may be sent back out on loan, with Bristol City believed to be one of the main contenders to secure his services.