On This Day: Leeds end dismal run against Villa 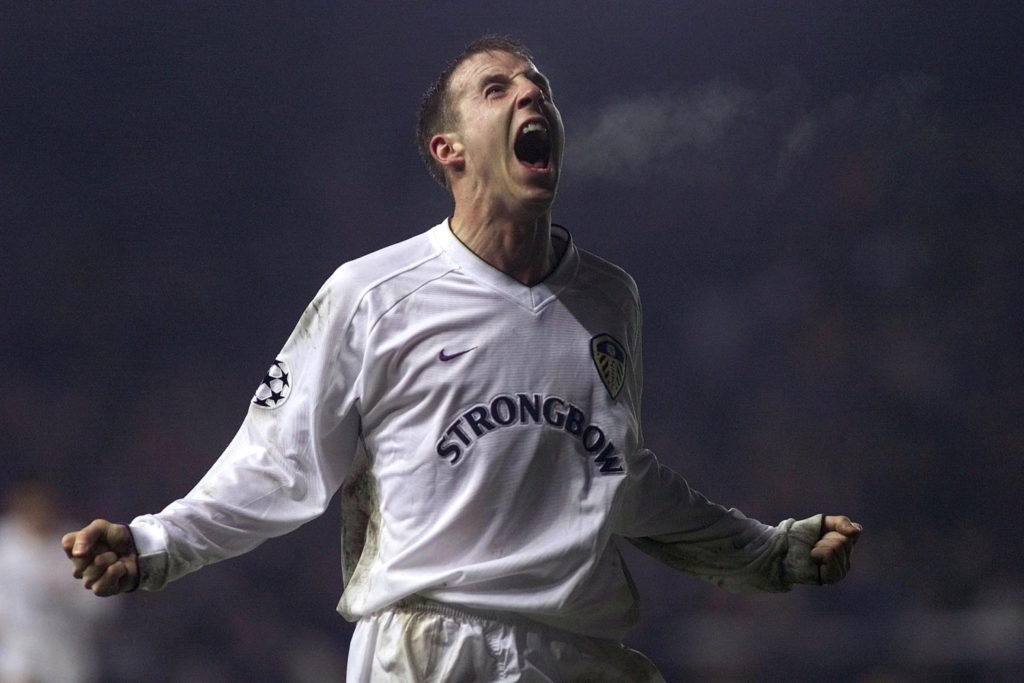 Leeds set off on an impressive 13-game unbeaten run in the Premier League after beating Aston Villa 2-1 On This Day in 2001.

Leeds made the trip to Villa Park with a terrible record against the Second City outfit, having lost the previous four meetings.

They had already suffered a 2-1 defeat in the reverse meeting at Elland Road on December 23 but Villa’s poor form in the run-up to this clash suggested it could be a positive afternoon for the visitors.

Villa were without a win since the turn of the year, losing four in a row, however, Paul Merson got them off to the perfect start.

Gareth Barry’s cross was helped on by Ian Taylor before Merson emerged at the far post to drill home with 24 minutes on the clock.

Indeed, it was Villa’s first goal in 386 minutes of Premiership football since George Boateng struck in the victory at Elland Road.

The Whites weren’t behind for long as Lee Bowyer turned home just four minutes later after Villa were guilty of showing too much respect to striker Robbie Keane.

Villa’s defence backed off as Leeds broke on the counter and he threaded a pass through for Bowyer to finish from just inside the box.

Leeds went on to grab their second, which proved to be the winner, with just 15 minutes left to play when Ian Harte converted confidently from the penalty spot.

The visitors were awarded the spot-kick after Barry dragged Keane down in the box when he attempted to meet Mark Viduka’s cross.

With time running out, Villa had the chance to snatch a point when Merson beat goalkeeper Paul Robinson but his effort came back off the woodwork.

It proved to be a turning point in Leeds’ season as they embarked on a 13-game unbeaten run and lost just one of their final 15 matches of the 2000-01 campaign.

They finished the campaign in fourth place, earning a spot in the first round of the UEFA Cup, while Villa secured a berth in the Intertoto Cup third round after finishing eighth.