Will Phillips’ return be the catalyst for Leeds United’s promotion push? 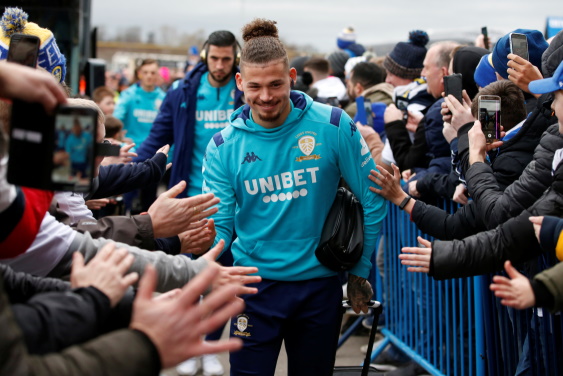 With the pressure on, Leeds United travelled to the capital on Tuesday night with a point to prove after a recent dip in form.

The chants of ‘Leeds are falling apart again’ have been audible from opposition fans in recent weeks as the Whites’ season threatened to go off the rails, just as it did last term.

Leeds sat top at Christmas in 2018, but they failed to gain promotion asas they were knocked out of the play-offs by Derby County.

Marcelo Bielsa stayed put for the summer rebuild, and Leeds began the current campaign strongly, Dominating teams with ‘Bielsa Ball’, they cruised into the top two and with a double digit advantage over the chasing pack heading towards the end of 2019, the club’s 16-year Premier League exile looked set to come to an end.

Everything was rosy, and fans had almost started to dream again when Leeds raced into a 3-0 lead against Cardiff City on December 14.

However, a dismal second-half display would see the bluebirds come back to draw 3-3, and that outcome proved to be the catalyst for a downturn in results.

While Leeds beat Birmingham City and impressed in defeat to Arsenal in the FA Cup, they have only won once in eight, and their place in the top two is now on the line. Their 11-point cushion between the play-offs place has evaporated, and the chant of ‘Leeds are falling apart again’ was, this time, coming from the Brentford faithful as they raced into a 1-0 lead on Tuesday night.

With Leeds let down by another error from goalkeeper Kiko Casilla, they needed something special to try and dig themselves out of trouble.

Eventually, captain Liam Cooper found a way through, but it was not Cooper who stood out at Griffin Park.

The performance of Kalvin Phillips reassured Leeds fans that they might be fine, easing fears of another season in the second tier. The local hero had missed the last three games due to suspension, but the break looks to have done him a world of good.

Bielsa is well known for using a small squad, but Phillips’ display may give him the inspiration to rest other members of his first-team group.

When most were crumbling around him, Phillips stood firm and proved that he would have no problem fitting in at the highest level.

💬 "We never fear a team" Kalvin Phillips discusses his return to the side, and last night's 1-1 draw with Brentford

After handing him a new five-year deal, Leeds will be hoping he will play in the Premier League in their colours, but they still have some serious work to do.

Tuesday’s display showed Leeds still have some fight but what is apparent is that Phillips needs to stay fit for them to have a chance. Adam Forshaw’s injury means Leeds are desperately light in the middle of the park, but there is now a renewed optimism that the ‘Yorkshire Pirlo’ will drag his boyhood club over the line after last year’s heartache.